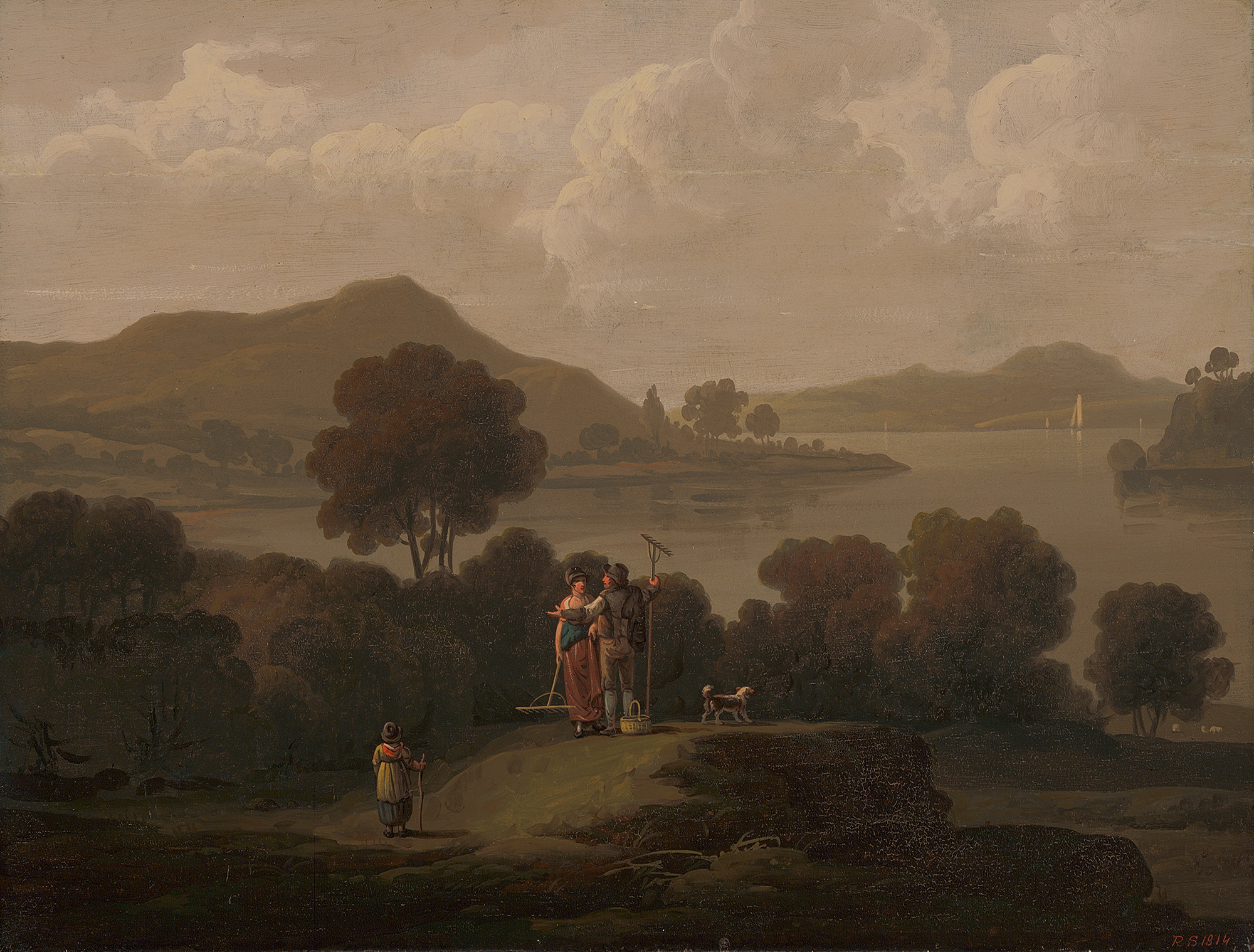 Harbor Scene near Greenock, A

A Harbor Scene near Greenock, 1814

Salmon’s family was involved in some aspect of maritime trade or industry because the boy grew up in Liverpool, England. He worked extensively in that port city as well as in Greenock, Scotland. His maritime profession and his painting took him to many sites along the coast of Great Britain, including the Firth of Clyde (Scotland), and Durham, the Channel coast above Dover and the south coast near Dorset and Cornwall.

Salmon may have been a self-taught artist but his work achieved such professional quality that he exhibited paintings in the Royal Academy. The sources of his style and imagery include the marine paintings of the Dutch artist Van de Veldes, the Italian Canaletto and his countryman J. M. W. Turner.

From 1828 and 1842 Salmon was in the United States living in Boston. He painted portraits of ships, views of the harbor and genre images of workmen on the docks. His work popularized marine subjects and provided a direct influence upon later American painters of the sea such as Fitz Hugh Lane.

The Wichita Art Museum painting reveals that Salmon, in his early career, combined imaginative and documentary qualities in a seascape. Salmon may have brought this work with him to the United States as a part of the store of his earlier canvases, which he sold in the new world to get himself started.