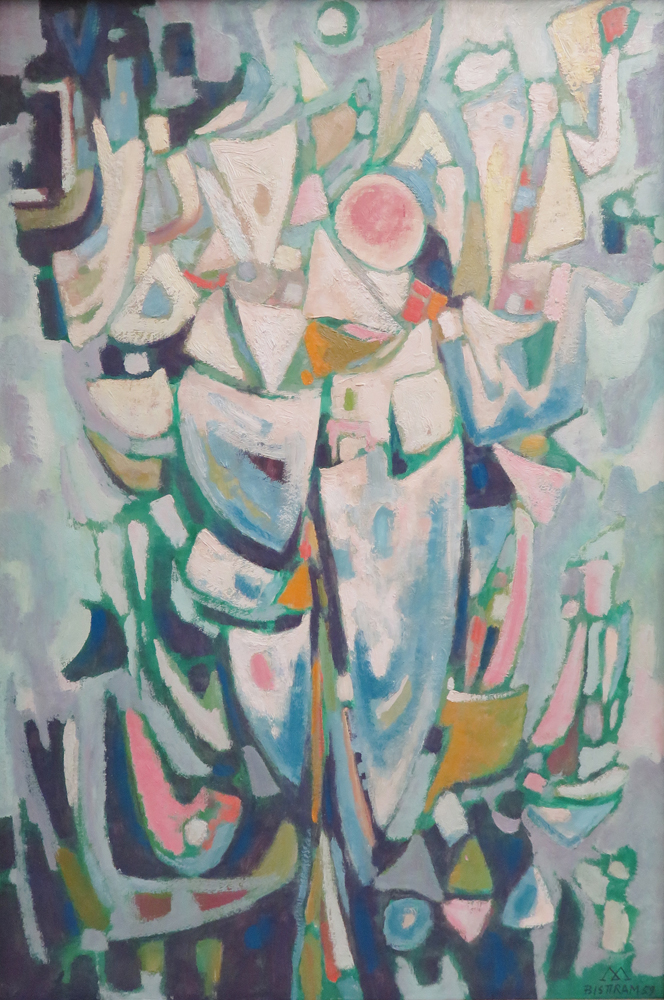 Bisttram, a Hungarian immigrant, received his artistic training in New York City at the National Academy of Design, Cooper Union, and the Art Students League. He was an instructor at the New York School of Fine and Applied Art when he first visited Taos in 1930. Like so many other artists, he was overwhelmed by the beauty of the Southwest, so much so that he didn’t even want to try to put the scenery down in paint.

Bisttram returned briefly to New York and then went to Mexico on a scholarship to study fresco techniques with the great muralist Diego Rivera. Following this experience, he made up his mind to settle in Taos. In 1931 Bisttram founded the Taos School of Art. He became an influential teacher and artist in the area. During the mid-1930s he worked for the WPA, painting murals in the courthouses of Taos and Roswell, New Mexico; the Post Office in Ranger, Texas; and the Justice Building in Washington, D.C.

In 1938 Bisttram emerged as a principal teacher in the Transcendental movement in New Mexico. This group of artist sought to replace realism with a non-objective style of painting which would, they argues, better express universal, ideal nature. Bisttram worked in both abstract and representational styles.