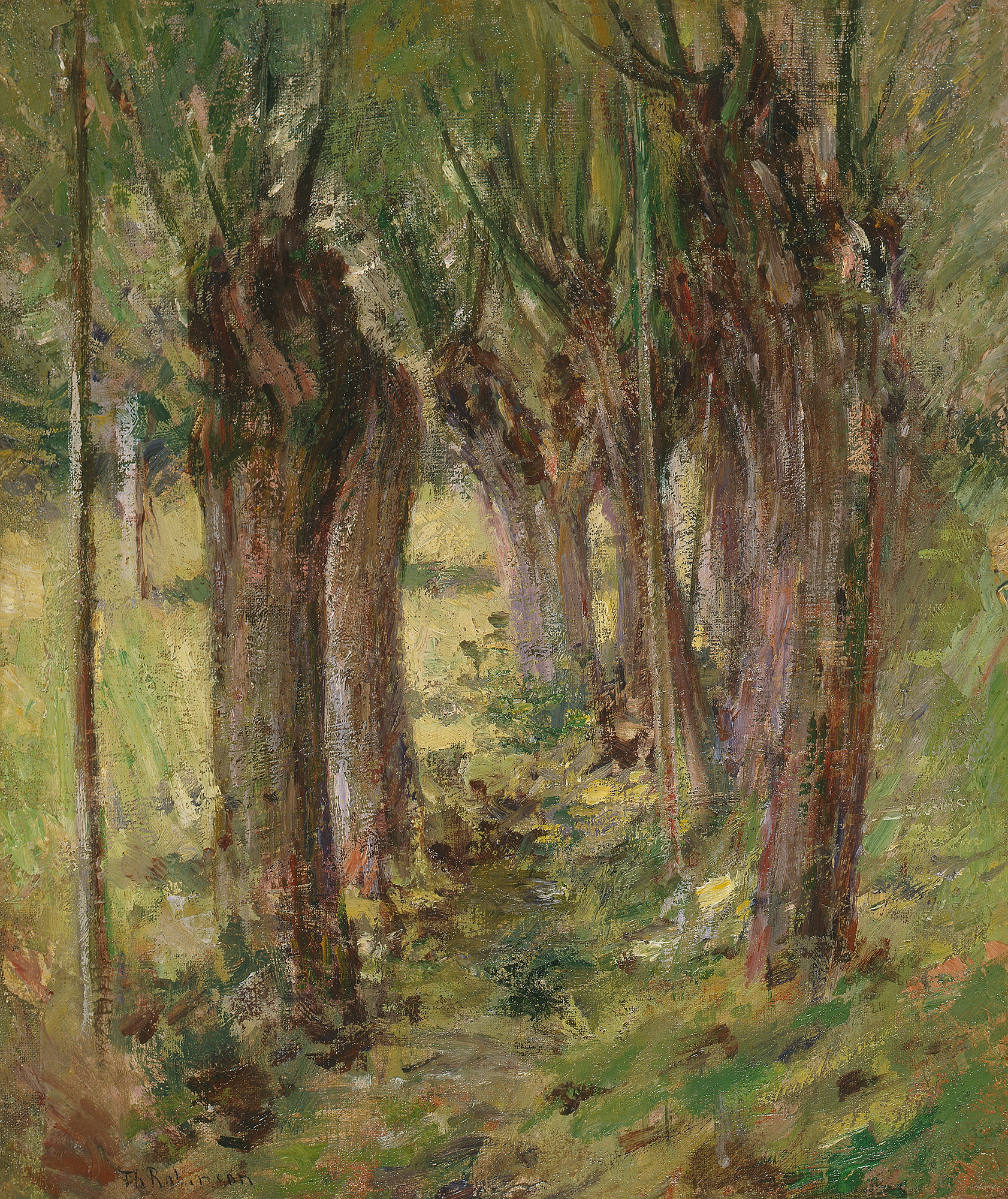 Although this painting was signed in the lower left corner, it was not dated. When Mr. and Mrs. John Graves acquired the painting they made inquiries, as they did for all works in their collection, about the origin and provenance of the painting. The Graves observed that the trees in The Glade looked remarkably similar to the trees in another Robinson image titled Willows in Picardie and to the trees which appear in the Murdock Collection Robinson painting titled Woman Sewing, Giverny. In 1976 The Graves wrote to Robinson scholar Sona Johnston asking for her opinion.

Ms Johnston agreed that the painting titled The Glade had been painted by Theodore Robinson while in Giverny, probably in the summer of 1891.