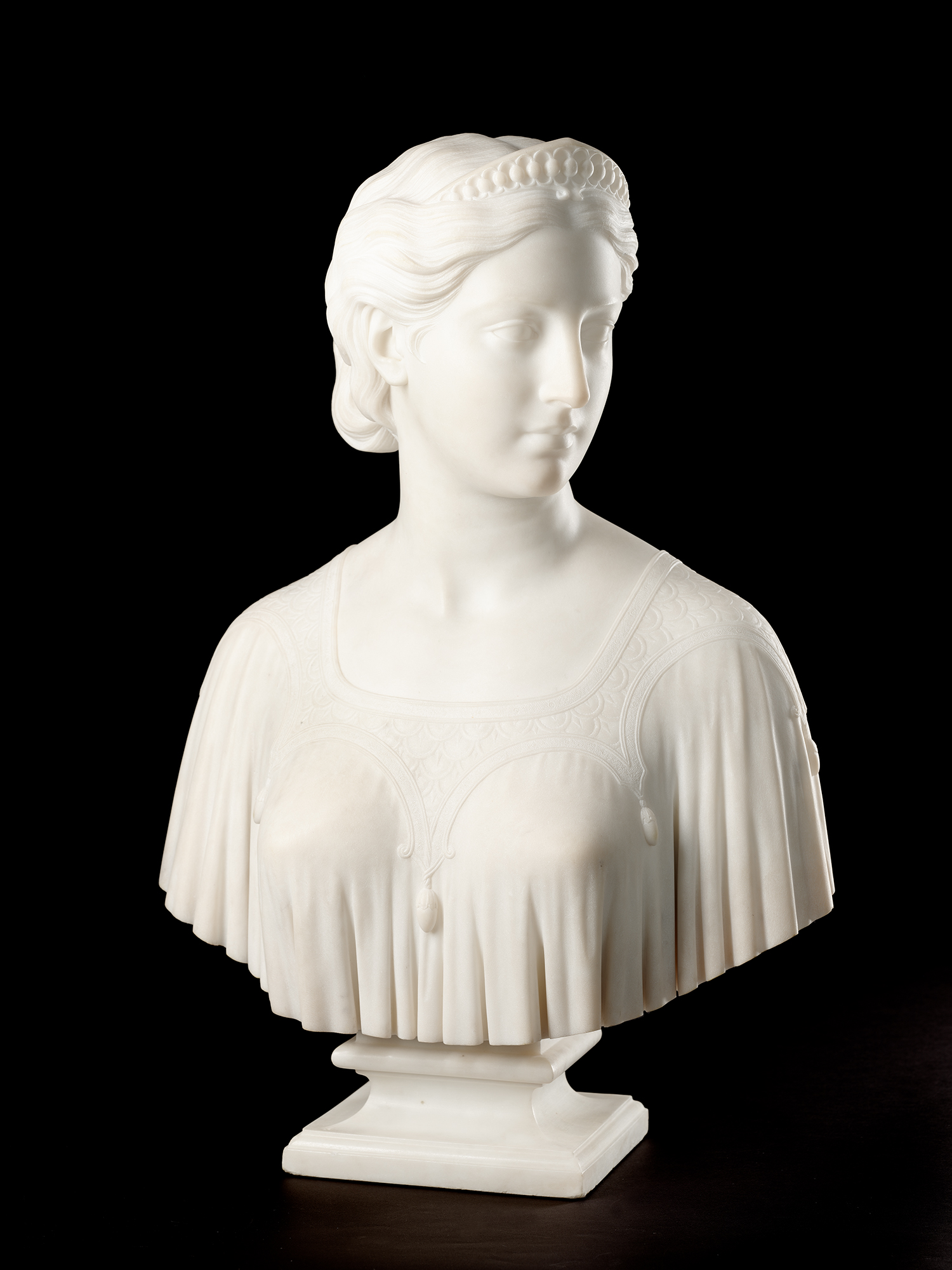 Conceived in 1841, Hiram Powers’ first ideal bust was inspired by a heroine in Samuel Rogers’ poem Italy. The poem relates the medieval Florentine tale of a young girl who disappears on her wedding night. Her body was found 50 years later hidden in a chest with only a ring inscribed ‘Ginevra’ for identification.

The present bust is an example of Powers’ second treatment of this subject and it varies markedly from the earlier version. The sculptor completely reworked the bust in 1863—changing the clothing from classical drapery to contemporary dress, redesigning the tiara and slightly softening the features. This version was very well received and after its introduction to the public, there were no more carvings made of the first version.