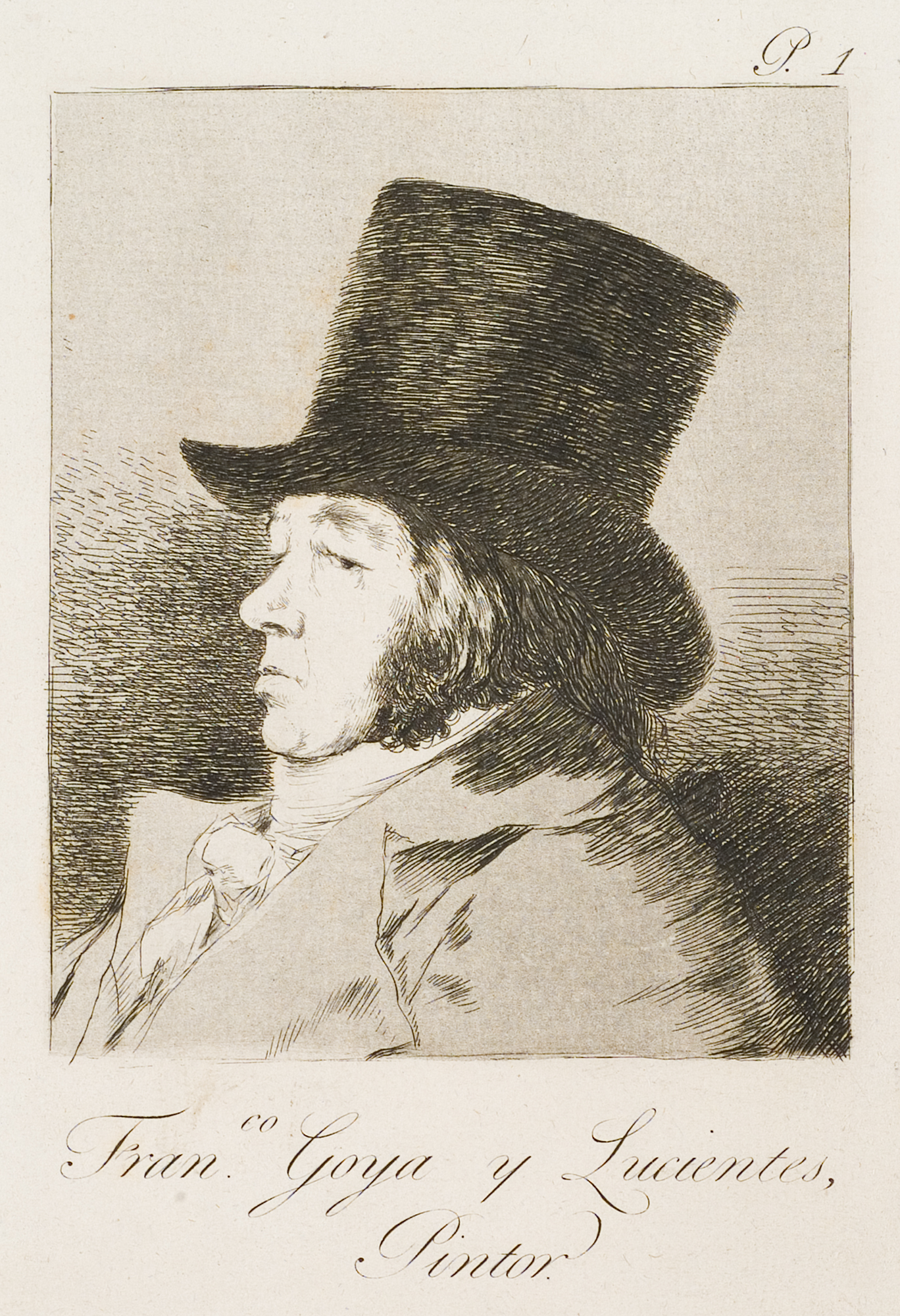 Goya made the plates for the eighty prints in the Los Caprichos series between the years 1796-1798, which was an extremely creative period for the artist. He abandoned, in his noncommissioned works, the formulas of the fashionable Rococo style in order to experiment with bolder, more expressionistic forms and more realistic subject matter.

Los Caprichos satirized contemporary social evils by means of caricature. Neither the idea nor the form was new. There were many 18th century literary precedents for the themes, which appear in Goya’s work such as deceit in courtship, feminine vanity, the weakness of the flesh, the credulity of the public and the corruption of officialdom. Caricature was also a highly popular artform at the end of the 18th century. However, Goya’s treatment of the old themes and the popular art produced an original and powerful statement.

The unifying premise of the Caprichos is the moral superiority of the faculty of reason and the condemnation of all departures from reason. Goya attacked men and women of all classes for debasing themselves through subservience to superstition, customary prejudices and unrestrained criticism of sexual mores, educational practices, the ethics and competence of various professions, social rituals and general human vanity. The artist also attacked the Church for its repression of thought and the aristocracy for its parasitic economic existence.

Los Caprichos was printed and offered for sale privately at the beginning of 1799. A few copies were sold to Goya’s friends among the liberal intelligentsia. Nothing more is known of this venture until 1803 when Goya offered the copper plates and all the unsold copies of the first edition to Charles IV. Although there is no record of any action taken against the artist, there is little doubt that fear of political reprisal induced Goya to withdraw his work from sale and turn it over to the state.

Los Caprichos was a landmark work in both technique and content. All but one of the 80 etchings have an aquatint background. “Aquatint” is an etching process in which tonal areas are created by dusting rosin powder on the plate, melting the rosin, and etching the rosin pattern into the plate. Aquatint was a new and rarely used technique when Goya adopted it for this print series and realized its potential for creating a vast range of lighting and textural effects.