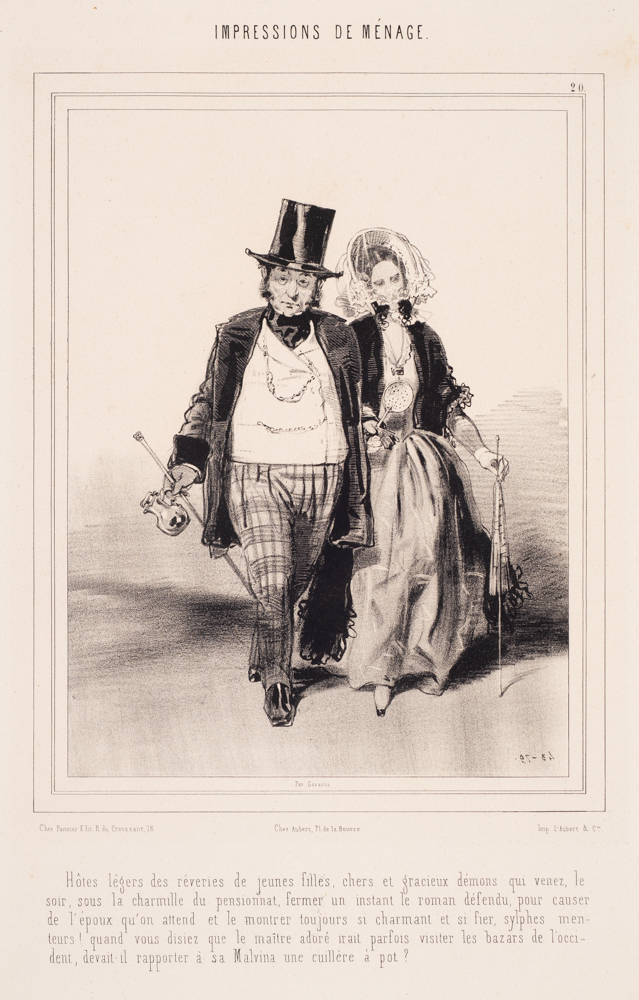 Gavarni began his career in art as a fashion illustrator but was soon attracted to the new industry of the illustrated journal, which made use of the medium of lithography. Gavarni was a leading contributor of illustrations to “Charivari,” the most popular humor magazine of the day and his work was admired by critics such as Baudelaire and the Goncourt’s for its realism and wit. Unlike Daumier, Gavarni did not address himself to controversial political issues.

In looking at the work of both Daumier and Gavarni, it must be understood that at the time they were working, lithography was a new medium and a strictly popular medium. The status of lithography as an art form was therefore considerably lower than that of etching, which artists such as Bracquemond had been working to reestablish as a fine art.

However, it was the very lowliness of the medium of lithography, which made it and its practitioners attractive to painters and writers of the French avant-garde. The spontaneity of lithographic imagery and the realism of the illustrators’ subjects presented a refreshing contrast to academic art. The critic and poet Baudelaire admired Gavarni for his wit, realism and contemporaneity.