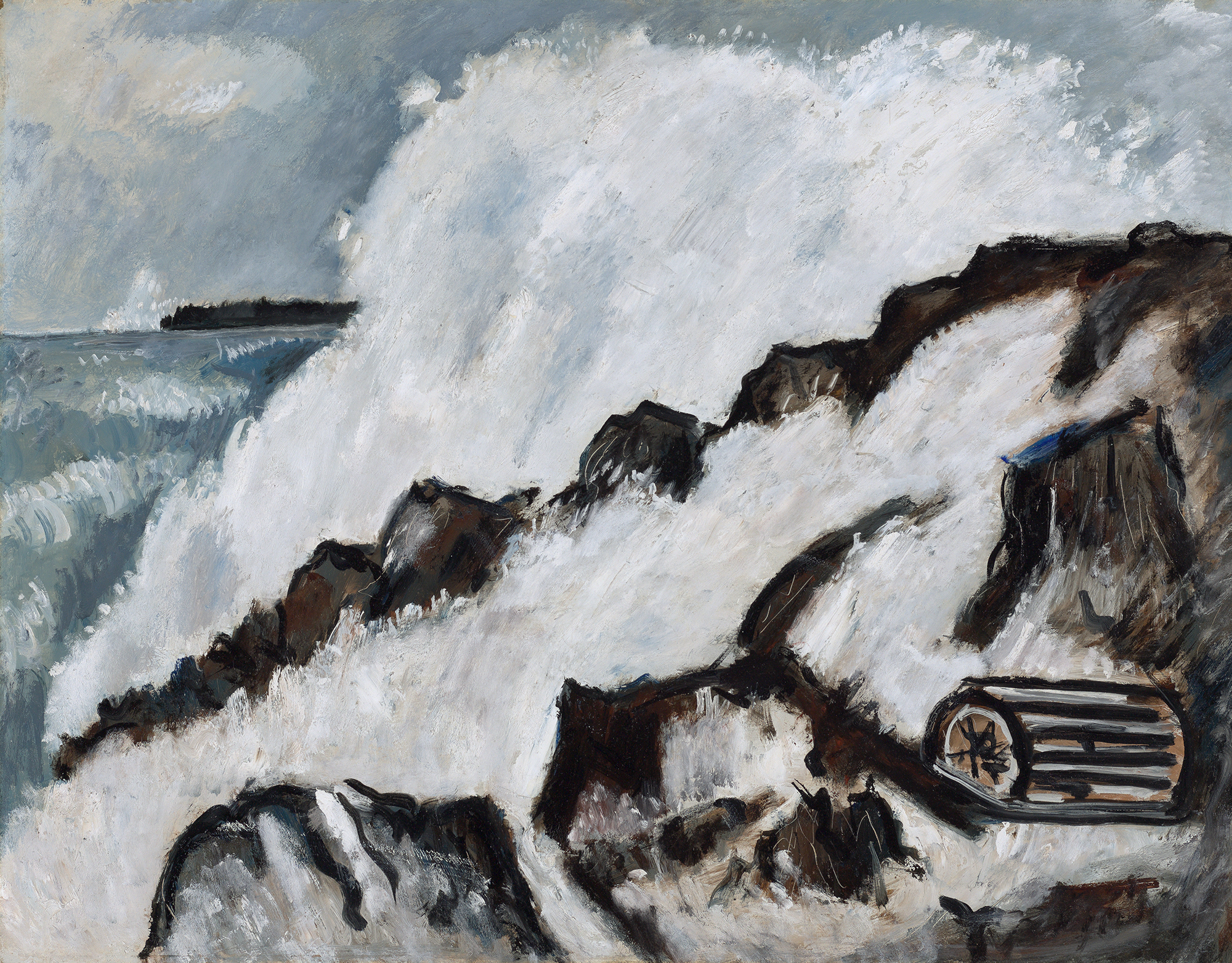 End of the Hurricane

Poet and painter Marsden Hartley was a restless soul who spent much of his life traveling from place to place in the U.S. and Europe. Equally peripatetic in style Hartley never stopped experimenting with various modernist approaches to symbolizing the inner life. In the nativist mood of the late1930s the artist returned to his home state of Maine in order to assert his regionalist roots and to recommence a long-standing fascination with the drama of the sea. Personal tragedy and a major exhibition had turned his mind to the subject: in 1936 three young Nova Scotia fishermen whom the artist cherished as friends and as models of human goodness were lost at sea in a storm; the same year the Whitney Museum of American Art marked Winslow Homer’s centennial with a retrospective exhibition highlighting the artist’s late heroic seascapes. Hartley’s End of the Hurricane belongs to a group of closely related paintings that he made of the Maine coast in the summer of 1938, all focusing upon the idea of storms subsiding and the motif of waves crashing against a rocky shoreline.

In style End of the Hurricane recalls the earliest phase of Hartley’s career because it has the look of a post-impressionist work. The composition is defined by a bold asymmetrical arrangement of elemental shapes, a limited palette with an emphatic dark-light contrast, the juxtaposition of near and far perspectives and strong patterning in the individualized texture and directional congressing of brush strokes. Hartley’s characteristic identification with what he called “archaic” places is evident in the deliberately crude angularity of the rocks, their heavy black outlines, and scratched textural details. The austerity and bluntness of aesthetic means, lays open, as the artist intended, the steady erosion of the heart’s landscape.

Infinite forces of sky and sea pound relentlessly against the steadfast resistant mass of the earth. Waves and wind wash endlessly over the rock, consuming the shoreline, weathering the stoic earth into crooked broken forms, counting the ambitions of man, symbolized by the dislocated lobster trap, no more than incidental wreckage in the ongoing rhythms of life.