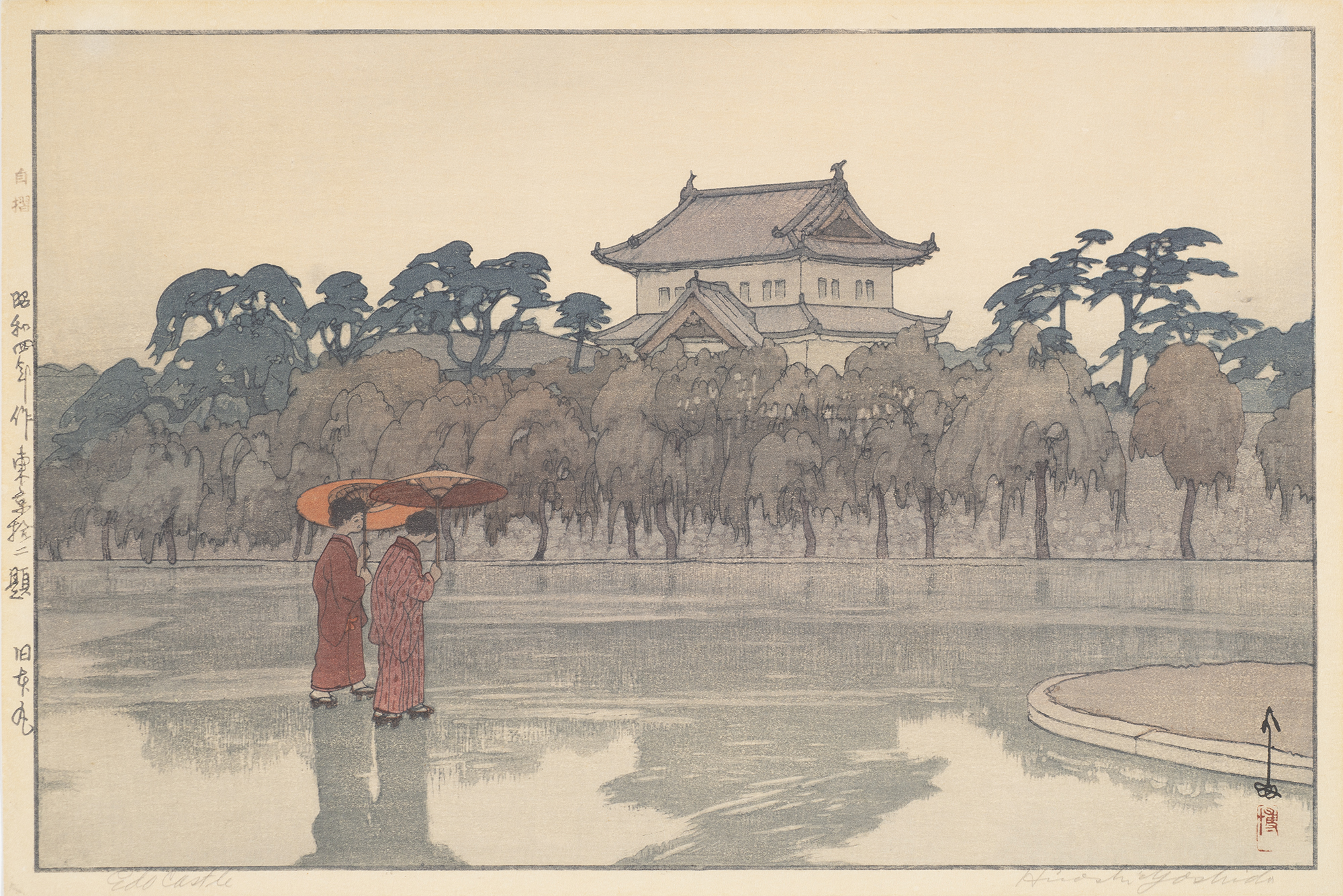 A Japanese woodblock printmaker in the traditional ukiyo-e style, Yoshida was also trained in Western-style painting. Born in the province of Fukuoka, the artist was sent to Kyoto at age 17 to study art. In 1899, at age 23, Yoshida traveled to America and exhibited his watercolors, which blended Western and Japanese styles, at the Detroit Institute of Arts. The trip was the first of several years-long excursions Yoshida took to America and Europe. In Japan, the artist became a major promoter of Western-style painting. At mid-career, however, Yoshida’s attitude toward traditional Japanese art changed and he began making block prints. Like ukiyo-e block print artists in the 19th century, Yoshida led a workshop of carvers and printers. Although he retained some Western techniques—including the use of light to model forms—Yoshida’s prints depicted the traditional subject matter of famous places, beautiful women, kabuki actors, landscapes, and flowers.

Yoshida’s prints were popular in Europe and America but weren’t embraced in Japan, where block printmaking was considered outdated and eschewed in favor of oil painting. Yoshida’s Edo Castle will be his first print in the collection. Although Yoshida is not an American artist, the work will still strengthen the collection. Japanese block printing had an extraordinary impact on European and American painting and printmaking. Likewise, the print illustrates the cross-pollination that occurred between American printmakers and their Japanese counterparts during the early years of the 20th century. Indeed, Edo Castle is a gift from Carole Gardner, a granddaughter of C. A. Seward. Seward himself owned the print, a testament to the reach and influence of Yoshida and Japanese printmakers.