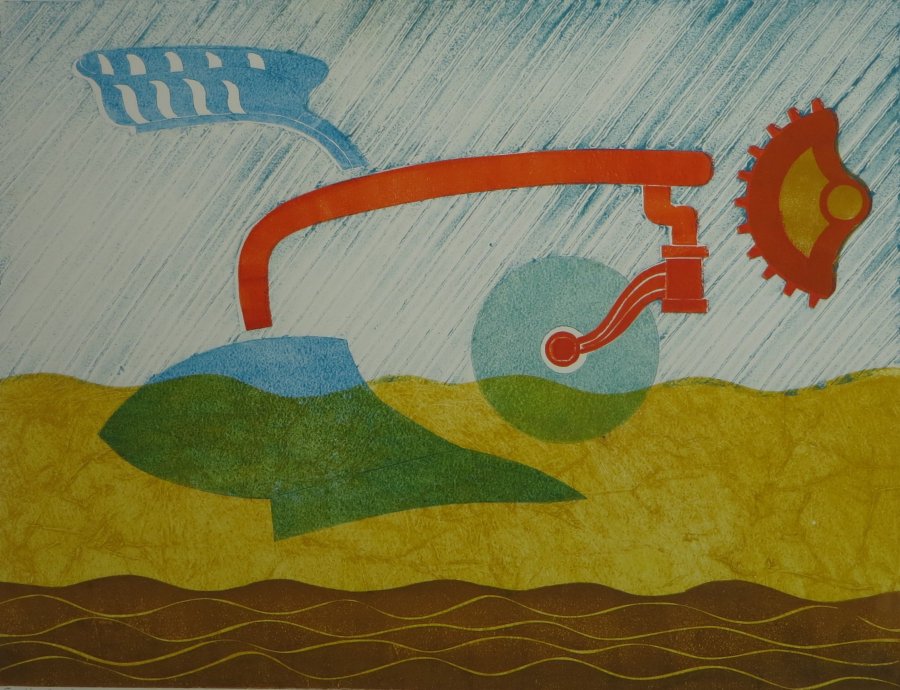 After two years of work as a commercial artist and three years of military service during World War II, Bernard undertook graduate work in printmaking, sculpture, and art history. He taught at Wichita State University from 1949 until 1983. Bernard’s style ranged from an apparently straightforward realism that encourages narrative to non-figurative abstraction. Bernard was a master of the established processes and a pioneer of new ones. He was involved in the development of the collagraph, which usually consists of a cardboard printing plate onto which are fixed various materials, often paper or fabric. Glue may be added for textural refinement.

In Earth Cruiser, separate agricultural implements—tractor seat, plough, and disc—are whimsically joined into a fantasy farm machine. Ahead of it is an image that seems to combine a steering wheel and a gear. The modeled texture of the colored inks in Earth Cruiser is a result of the application of glue to the printing plate.