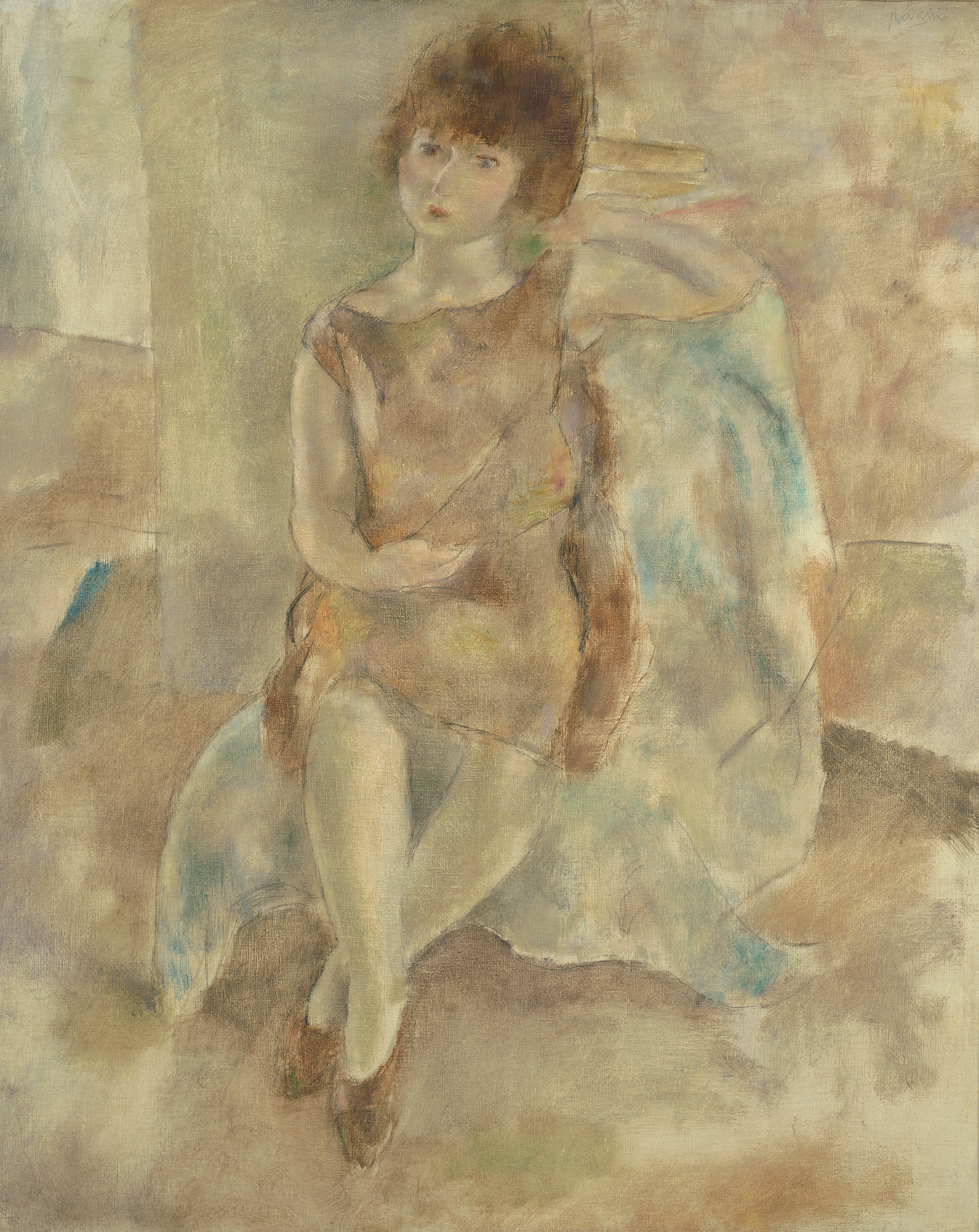 Pascin’s women are all pictured in some state of casual or unrestrained sensuality. Clothed or unclothed, the figures emphasize this mood. The models, such as the one seen in Portrait d’une Jeune Fille, are not painted in sunlit gardens but indoors, resting on a couch or reposing in an over-stuffed chair. Pascin applies paint in washes of sensitively iridescent color with a technique derived from Cézanne. Most captivating is his deceptively casual, evanescent, expressive line. His art echoes the heritage of Toulouse-Lautrec, Degas, and Renoir.

Jules Pascin was born in the seaport town of Vidin, Bulgaria. The painter’s original name was Julius Pincas which he changed to the more Gallic-sounding Pascin when he arrived in Paris in 1905. With the outbreak of World War I, he sailed for the United States. He returned to Paris in the fall of 1920. So closely is Pascin associated with Paris that although he became an American citizen he is often referred to as a French artist. He died a suicide in Paris.