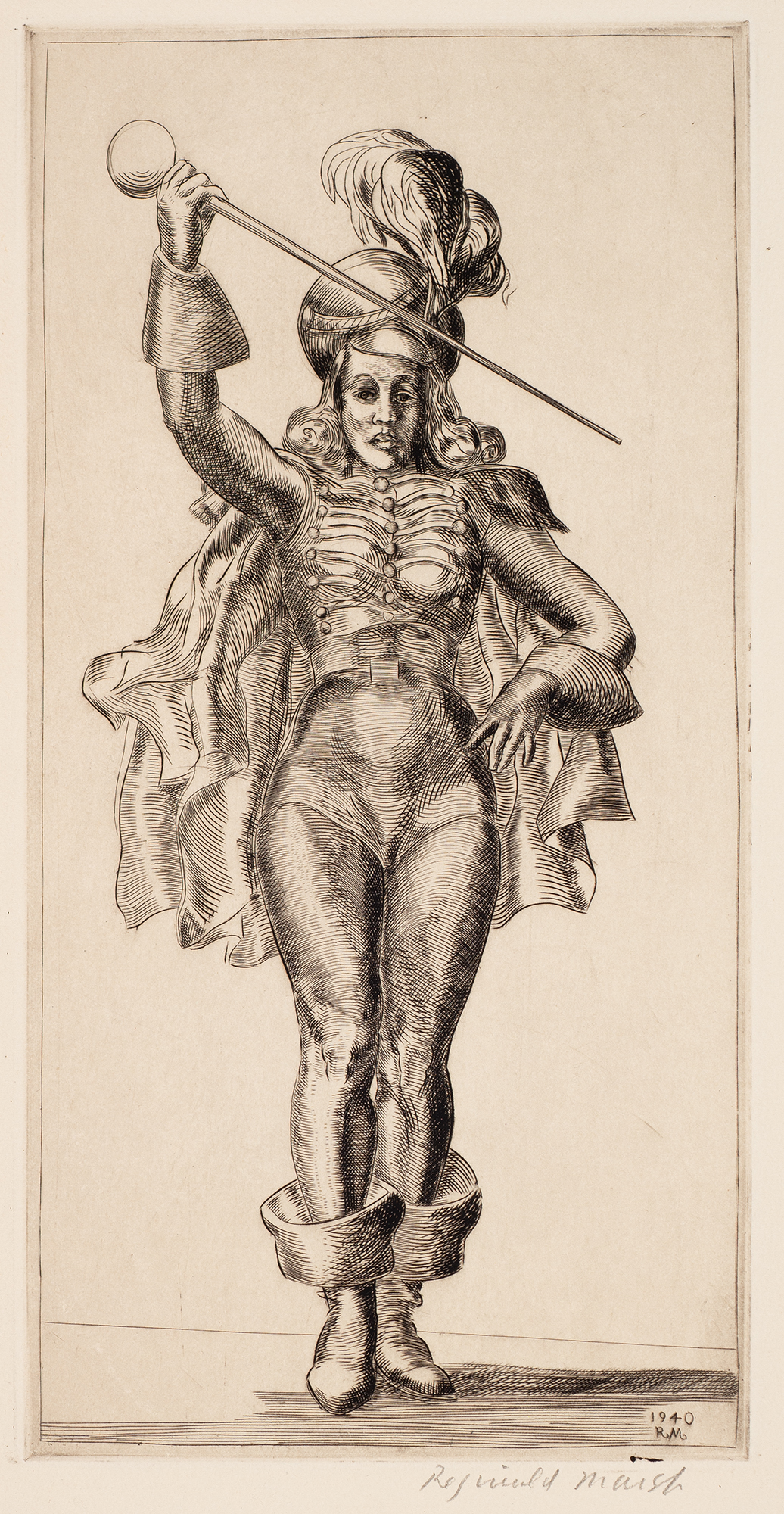 Painter Reginald Marsh is famous for his depictions of New York City life in the 1920s and 1930s. The child of two American artists, Marsh was born in an apartment above Paris’ famous Café du Dôme—the hot spot for artists and writers living in the Left Bank. Marsh came to painting through illustration: while a student at Yale, Marsh was the cartoonist for the college newspaper. After graduation, he was hired at the New York Daily News and The New Yorker. As a cartoonist, Marsh decided to learn to paint and enrolled at the Art Students League, where one of his teachers was John Sloan. He later worked with artists Kenneth Hayes Miller and George Luks. Like his teachers, Marsh remained committed to realism rather than embracing pure abstraction. He believed that realism was the best way to comment on society and modern life. Like Paul Cadmus, Marsh depicted seedy modern life in a traditional way. He looked to Old Masters for color and design inspiration and even painted in egg tempera, the dominant medium of the Italian Renaissance. Drum Majorette and Union Square will be the first two Marsh prints in the Wichita Art Museum collection.