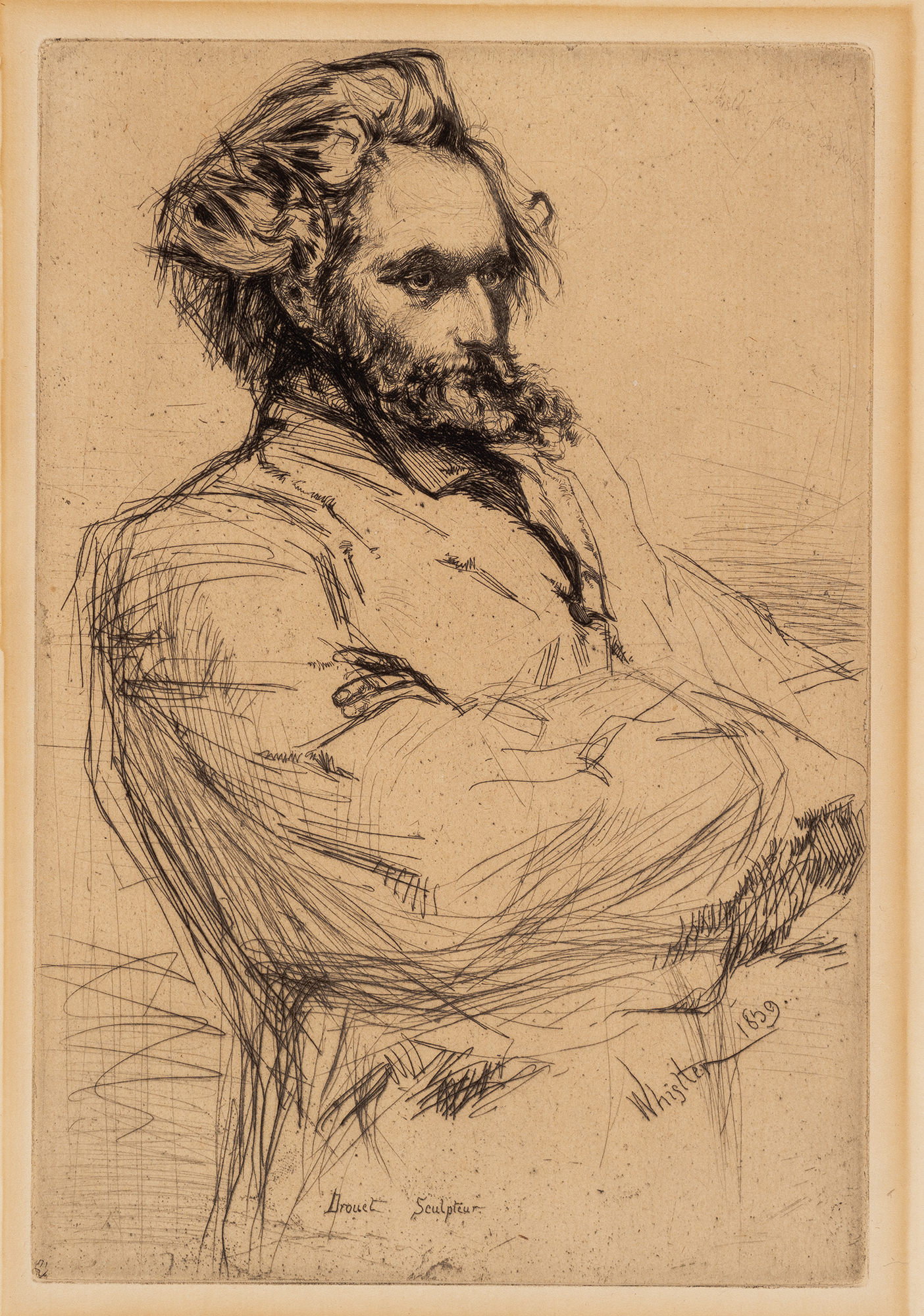 Whistler was one of several expatriate American artists working abroad in the latter half of the 19th century who participated in the Impressionist movement. Whistler’s career centered in London and Paris, but his influence as painter, decorator, and printmaker was international. By the early 1890s Whistler had become the most respected contemporary painter-etcher. Joseph Pennell’s description of Whistler’s etchings summarizes the qualities sought after by all of those engaged in the revival of printmaking as an original art form:

“A great etching by a great etcher is a great work of art displayed on a small piece of paper, expressed with the fewest vital indispensable lines, of the most personal character: an impression, a true impression of something seen, something felt by the etcher, something that means a great deal to him, which can be expressed only by etching.”