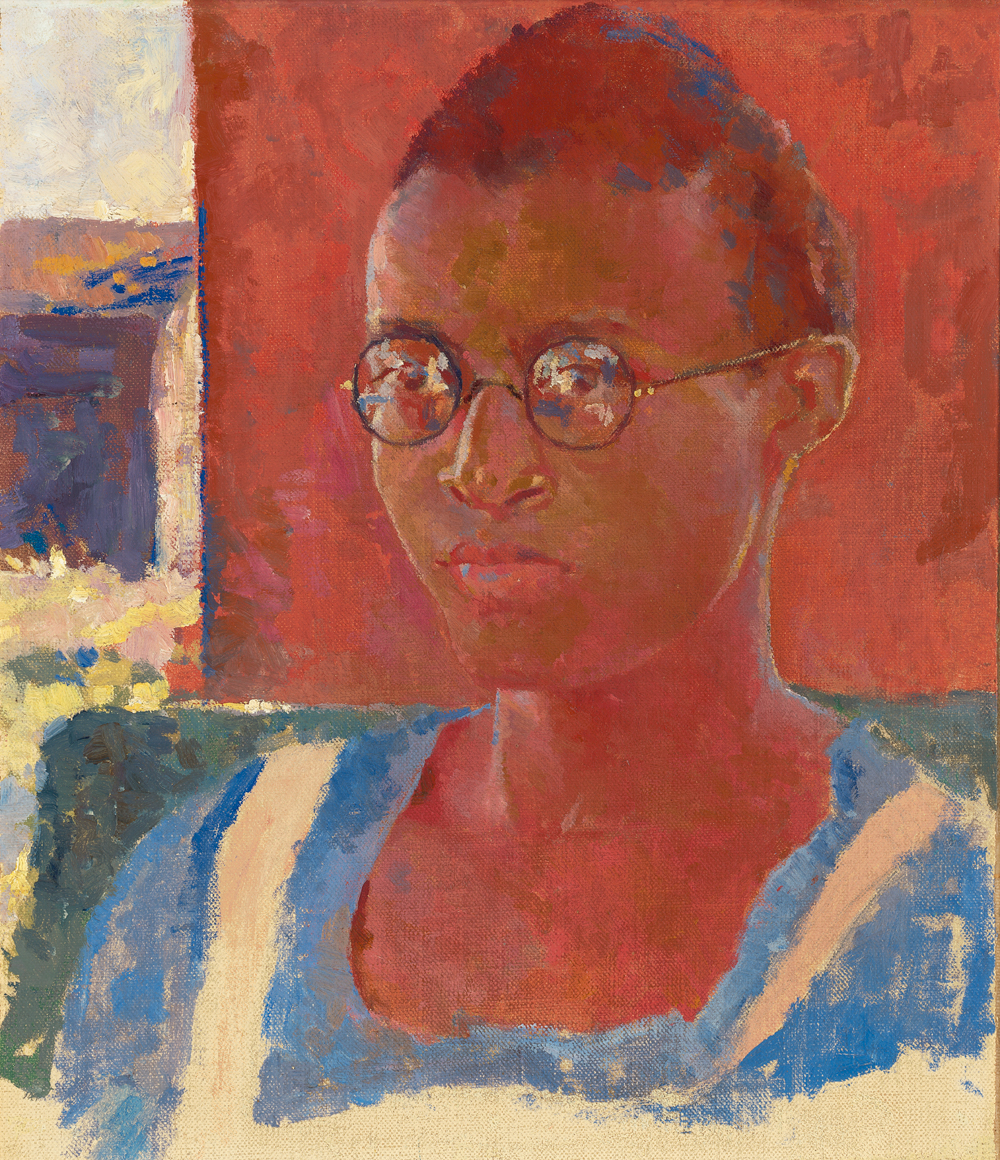 The following essay was part of an Edmund L.  Davison Retrospective Exhibition at the Wichita Art Museum, September17–October 8, 1961

One day in 1913 a local banker dropped into Wichita’s only art shop and saw there something which changed the course of his own life, and indirectly had a profound effect upon the cultural development of the city.

The Commercial Bank, founded by his father in 1887, is all but forgotten now, but Ed Davison is remembered as Wichita’s first major native painter. (John Noble, a contemporary and friend, left Wichita as a young man and never lived here again.)

Davison’s widow, Faye Chambers Davison of 1101 Forest, Riverside, recalls clearly that afternoon in 1913 when her husband rushed home bursting with excitement, announcing he had just seen a painting by a man who really knew how to handle color. Furthermore, he had learned that the artist, Birger Sandzén, lived and taught only 60 miles away, at Lindsborg.

A few days later, the Davisons drove their Model-T Ford to the Swedish college community and found Sandzén in his studio. Mrs. Davison imagines he must have been astounded at the sudden appearance of the 35-year-old Kansas businessman, but he was a poised and courtly European gentleman and managed to conceal his feelings. Davison not only arranged to buy, on monthly installments, the painting he so admired; he also extracted from Sandzén a promise to help him learn to paint, and even to sell him brushes, canvas and paints, which no store in Wichita stocked at that time.

Davison was soon devoting all his spare time to work at his easel and making occasional trips to Lindsborg for criticism. As a child, he had shown a talent for drawing, but there were no art classes at the old Wichita High School on Emporia, nor at Phillips Andover Academy in Massachusetts which he attended in 1896-97. Somehow, after that, although it had been clearly understood for years that as the elder son, Edmund would come into the bank with his father, he did manage to spend three years at the Chicago Art Institute. Evidently the strictly academic training did not inspire him. In 1900 he returned to settle down and learn the banking business. Five years later he married a local girl, Faye Chambers, an accomplished pianist who was later to become outstanding in Wichita craft circles. Mrs. Davison recalls that during those first years of their marriage her husband sketched and cartooned constantly for his own amusement. But the Sandzén landscape opened his eyes to the possibilities of painting.

By 1920 he had begun to exhibit in local and regional shows, for slowly a few artists were being developed in the area. He had at first had a disciple’s influence from Sandzén, but by this time had begun to develop a style of his own.

During the 20s, Mrs. Davison escaped the Kansas heat by summering in Taos, then becoming nationally known as an artist’s colony. Famous painters became their friends and began to make the Davison home in Riverside a stopover en route to and from their eastern and midwestern homes and Taos. The Davisons saw to it that their Wichita friends interested in the arts met these professionals, men like Walter Ufer, Victor Higgins, E. L. Blumenschein and B.J.O. Nordfeldt. Lectures were arranged for local groups, and the men held one man shows of their work at the City Library, then the only gallery in Wichita. They considerably enriched the town’s rather insular cultural life.

In 1929, Davison had a painting accepted for the Pennsylvania Academy of Fine Arts 124th Annual Exhibition, the first Kansan except John Noble to be hung in an eastern show. The same year he made the Detroit Art Institute and the 42nd Annual Exhibition of American Paintings and Sculpture at the Art Institute of Chicago. He was batting in the same league with his professional Taos friends. He made the Pennsylvania Academy Annual again in 1930 and 1933, and the Corcoran in Washington, in 1932.

In 1933, he suddenly closed the Commercial Bank (his father had died the previous year) and retired to devote himself to art and other interests. He was 56 years old.

During the next decade, Davison worked at his painting, continuing his series of New Mexican landscapes and scenes of Wichita, and turning out a number of portraits and figure paintings. He and his wife spent long summers in Taos. Winters, he worked in his studio, entertained friends from out of town, and was active in local cultural affairs, including groups like the Artists Guild which he had helped found. An exceedingly modest man, he usually, when interviewed by the press, spent most of his time praising other artists. He never sold a painting but gave away many to admirers. The Davisons also were among Wichita’s fist collectors, and Mrs. Davison owns an extensive collection, including works by Sandzén, Bruce Moore, and the “Taos school.” Davisons’ death in 1943 was a great loss to Wichita’s artistic community.