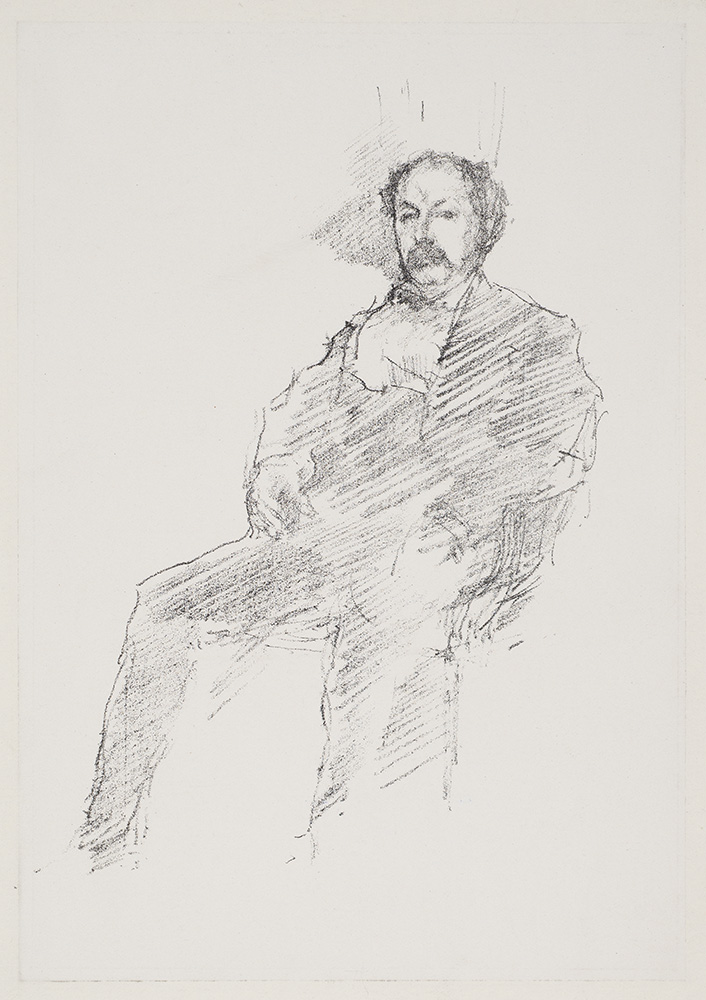 After his expulsion from the West Point United States Military Academy as a young man, James McNeill Whistler decided on a career as an artist and moved to Paris for training. After a short stint at the Ecole Impériale and studio of Marc Gleyre, Whistler began supporting himself by making copies of famous paintings on view at the Louvre. Soon after, Whistler was introduced to Gustave Courbet and Courbet’s circle. These new friends, including poet Charles Baudelaire, urged him to avoid old themes of mythology and allegory and instead paint modern life. By the late 1860s, the artist’s career had blossomed. He became famous for his portraits and nocturnes, each a virtuoso study in tonal harmony and composition.

In 1871, the French government bought Arrangement in Grey and Black No. 1, popularly known as Whistler’s Mother. Whistler was also at the forefront of the etching revival. He used the printmaking process to create original works, as Durer and Rembrandt had in the 16th and 17th centuries, rather than simply reproduce paintings, reversing a centuries-long trend. His printmaking was inspired by his love of Japanese art, which had recently begun flooding the London and Paris art scene. In the 1860s, for instance, Whistler published etchings of the River Thames that were heavily influenced by the Japanese printmakers Hiroshige and Hokusai. In the 1880s, impoverished, the artist moved to Venice where he produced the most important prints of his career.