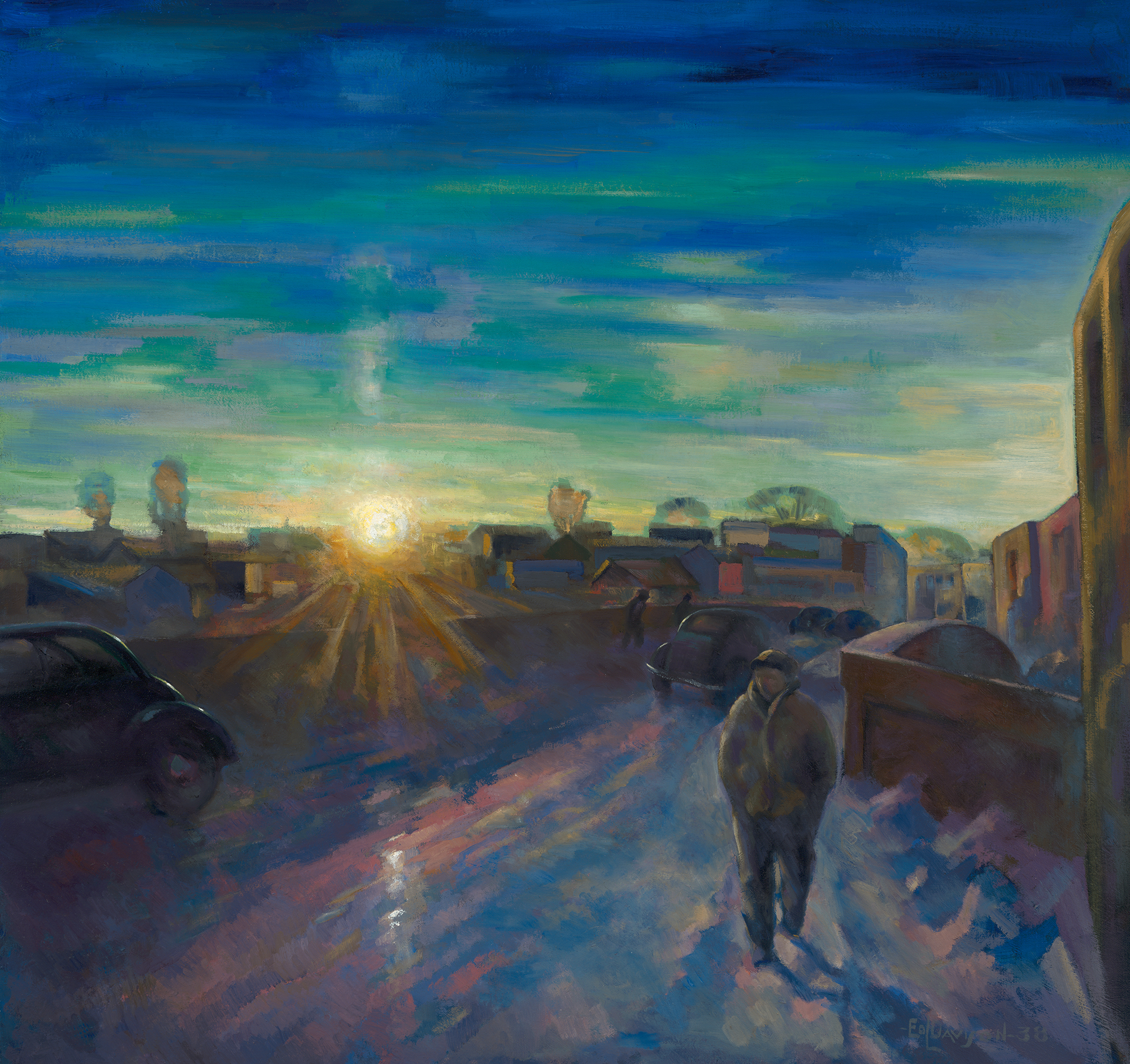 For years, Edmund Davison ran the Commerce bank in downtown Wichita, KS while gaining skill as an artist in his spare time. In 1920, his wife Faye spent the summer in Taos, New Mexico: a newly popular destination for artists to visit or set up their studios. She went as a sort of scout for her husband while he was obliged to stay at the bank. She wanted to see if it was the kind of place Ed would enjoy. Finding the climate, the town, and the community of artists all to her liking, Faye invited many of the artists there, such as Walter Ufer, Victor Higgins, and B.J.O. Nordfeldt to come to Wichita, meet her husband, see his paintings, and perhaps exhibit their own work. Thus, Wichita became the unlikely meeting place of some great American artists. After 1920, Ed and Faye spent nearly every summer in Taos. During the colder months they entertained their Taos friends in their Wichita home.

Davison had been educated at the Chicago Institute of Art, but most of his study of painting happened on his own and with fellow Kansas resident Birger Sandzén. This dedicated study was rewarded in 1929 when his painting, Coal Elevator was accepted for exhibition at Philadelphia Academy of Fine Arts, one of the oldest and most prestigious exhibitions in the country. Pleased with this success but still modest, Davison kept working. In 1933, Davison gave up banking and focused all his attentions on painting. His friend and fellow painter, William Dickerson said of him, “He had the makings of a national figure. He was not an amateur.” And yet Davison never sold a painting. He was quick to give them away, usually to his friends. His personality as well as his style of painting were described as “straightforward, typically American.” Edmund died in 1944 after a relatively short but intense career in professional painting.

Not only did the Davisons promote the arts in Wichita with their hospitality, but also with their financial support. They bought paintings by their friends in Taos and in Wichita and eventually acquired a quality collection of 26 paintings, which was donated to the Wichita Art Museum a few years after Faye’s death in 1964. This collection features ten of Davison’s own works, paintings by Walter Ufer, Birger Sandzén, fellow Wichitans, William and Betty Dickerson, and several other American artists.