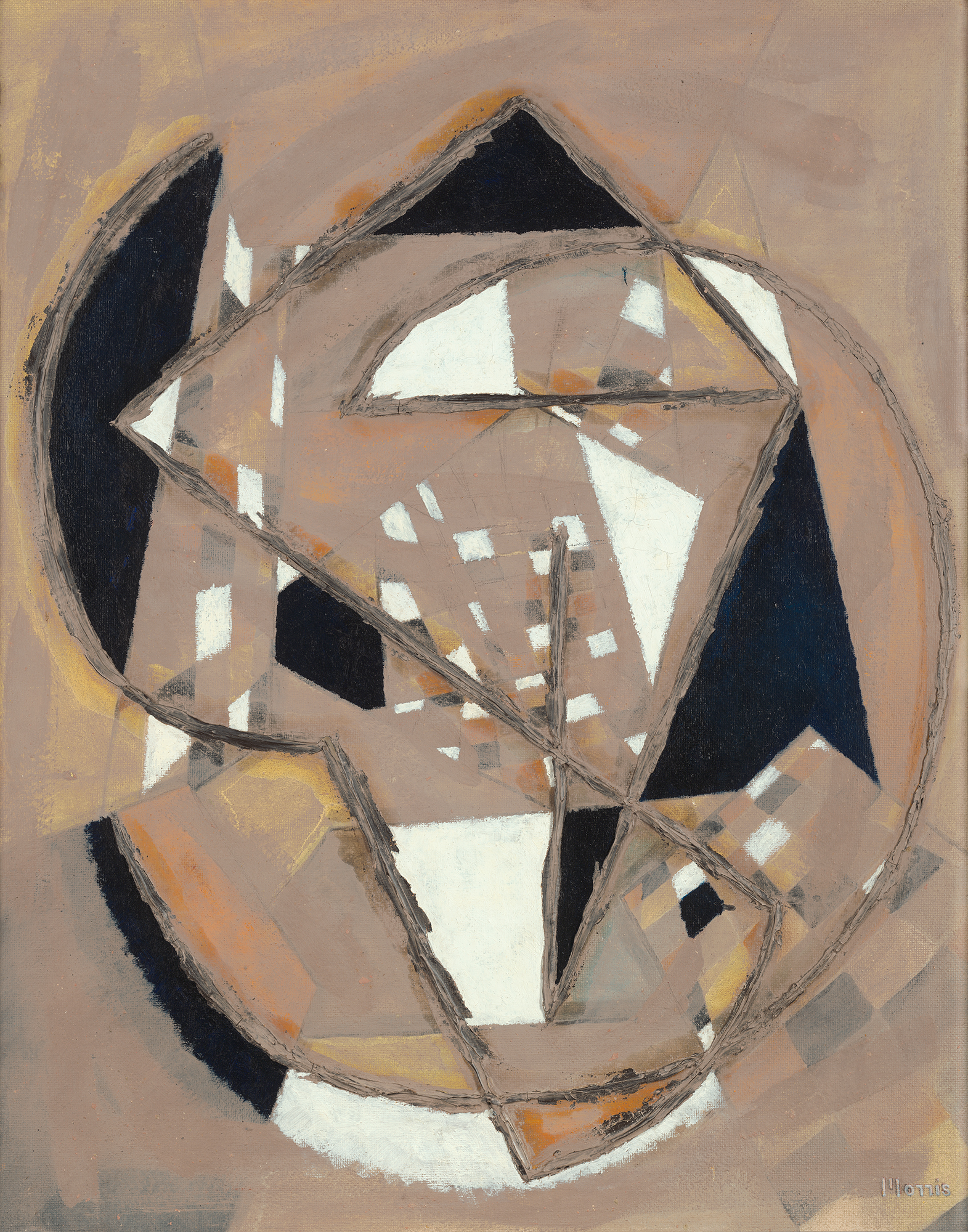 For more than three decades, George L.K. Morris has been a mainstay of formal abstraction. Like his teachers, Ozenfant and Léger, he has always taken a primarily intellectual, rather than emotional, approach to his art. Beginning in the forties Morris began to show an increased interest in overall composition and heightened suggestions of space which culminated in such paintings as Classical Interlude. Of this work he wrote: “Abstract art is for me a means of expression through design. In Classical Interlude I have sought to open up new spatial suggestions by means of perspective-symbols. “At the same time broadly, curving lines will be seen to weave across the picture-surface. A sort of ‘double focus’ is created: many points thus seem in two relative positions at the same time, depending upon whether one sees them on the picture-surface or back among the receding planes. This would of course lead to chaos if the design were not firmly fixed. Through careful balance of the various sections and configurations—as well as colors—I have sought to give a classical sense of order and repose.”1

Morris was born in New York City. After receiving his B.A. degree from Yale in 1928, he traveled to France where he continued his training at the Ecole des Beaus-Arts. In 1929 and 1930 he was again in New York City working under John Sloan and Kenneth Hayes Miller at the Arts Students League. He returned to Paris in 1930 to study at the Académie Moderne.