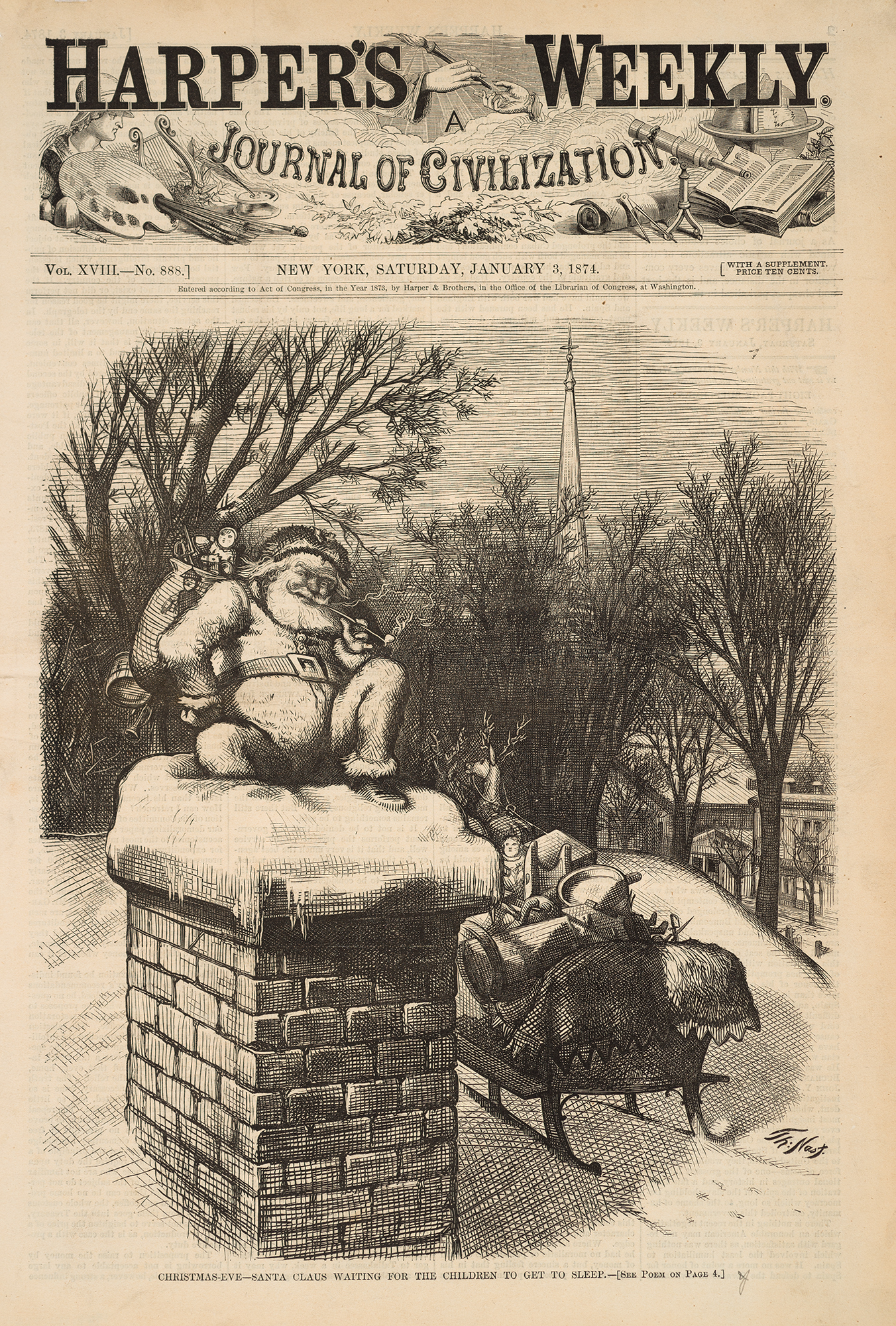 Christmas Eve – Santa Waiting for the Children to Get to Sleep

Thomas Nast’s fame, even today, rests largely on his holiday drawings and especially those carrying the Christmas theme. In a very real sense, he invented the image of Santa Claus as we know it today. This work, titled Santa Waiting for The Children To Get To Sleep was obviously inspired by Clement Moore’s poem “The Night before Christmas” and is one of Nast’s best known Christmas pictures. It appeared in the January 3, 1874 issue of Harper’s Weekly.