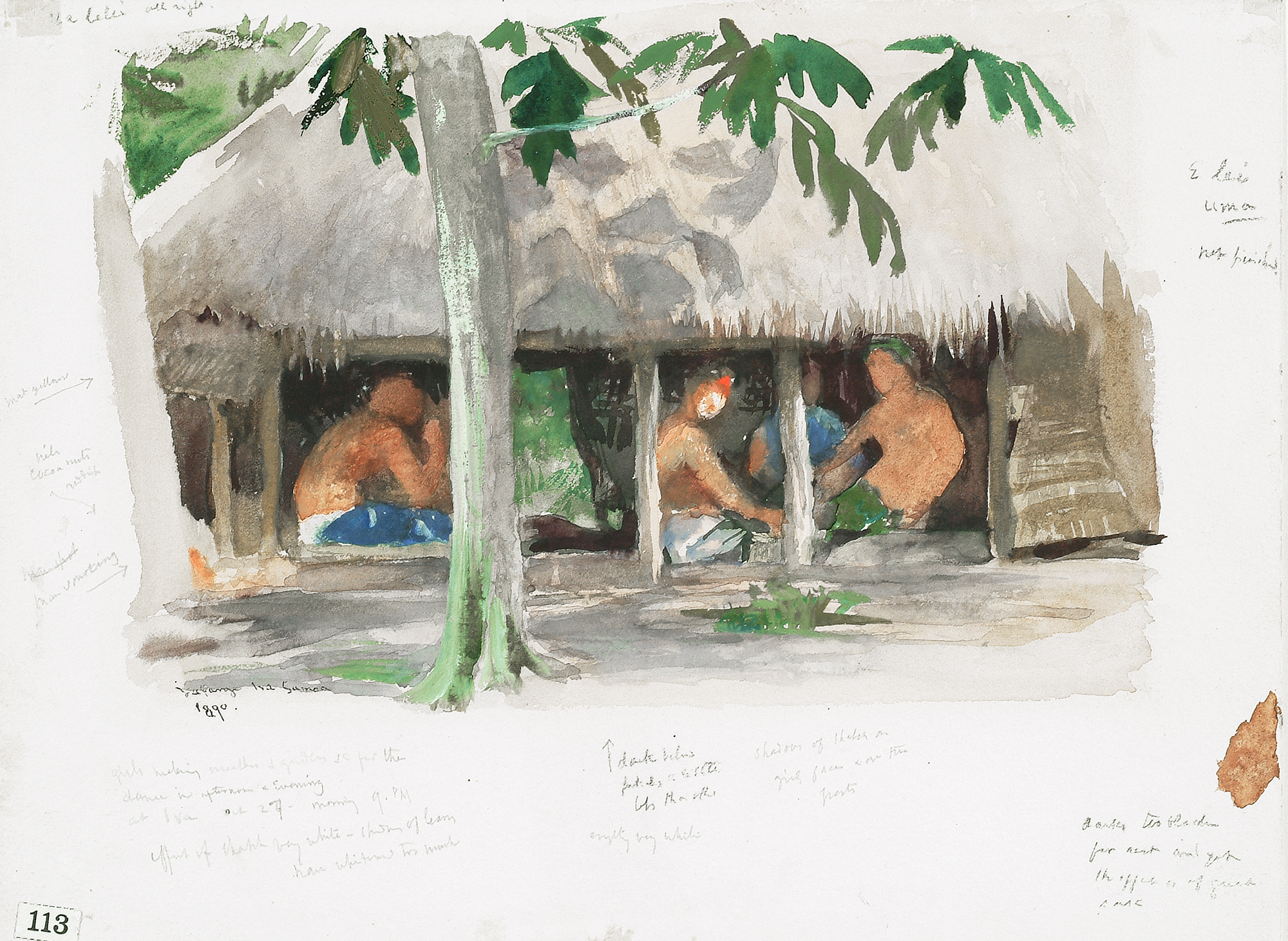 This watercolor study by John La Farge illustrates the usage of watercolor as a medium for sketching and an aid to memory. This particular work is also an example of gouache, the watercolor technique in which an artist uses opaque pigments and the color white instead of the white of the paper.

La Farge gained prominence in the 1870s and 80s when he created decorative mural programs for American cathedrals, universities, and government buildings. During this same period, he developed a series of large-scale stained-glass window designs, which earned him an international reputation.

Toward the end of his life La Farge traveled to Japan and the South Seas where he painted a notable series of watercolor images. The gouache sketch Children in Hut was painted during that period.