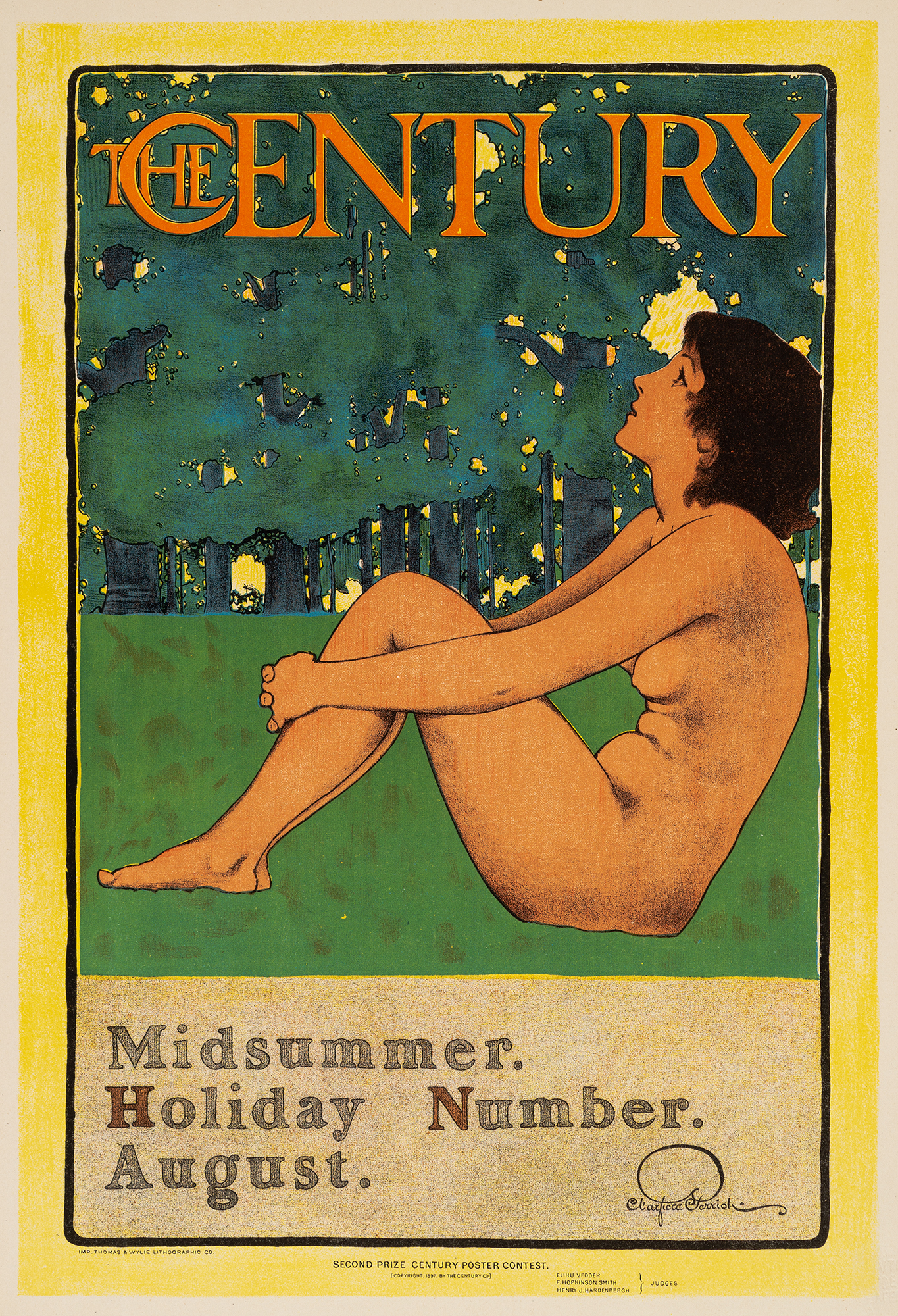 At the end of the 19th century, many of the popular magazines carried full page cover designs printed in color. One of the best-known illustrators of the period was Maxfield Parrish who in 1897 entered this handsome design in the poster contest sponsored by the Century Magazine. The entry won second place prize and was later reproduced on the cover of the June 31, 1898 issue.

The work is especially interesting for its decorative character and because of the new stylistic qualities so effectively captured. Although the principal figure of the young seated female nude is rendered with a feeling of three-dimensional actuality, the setting is shown with an intentional avoidance of any sense of depth and rather consists of an abstracted backdrop with broad bold areas of color.