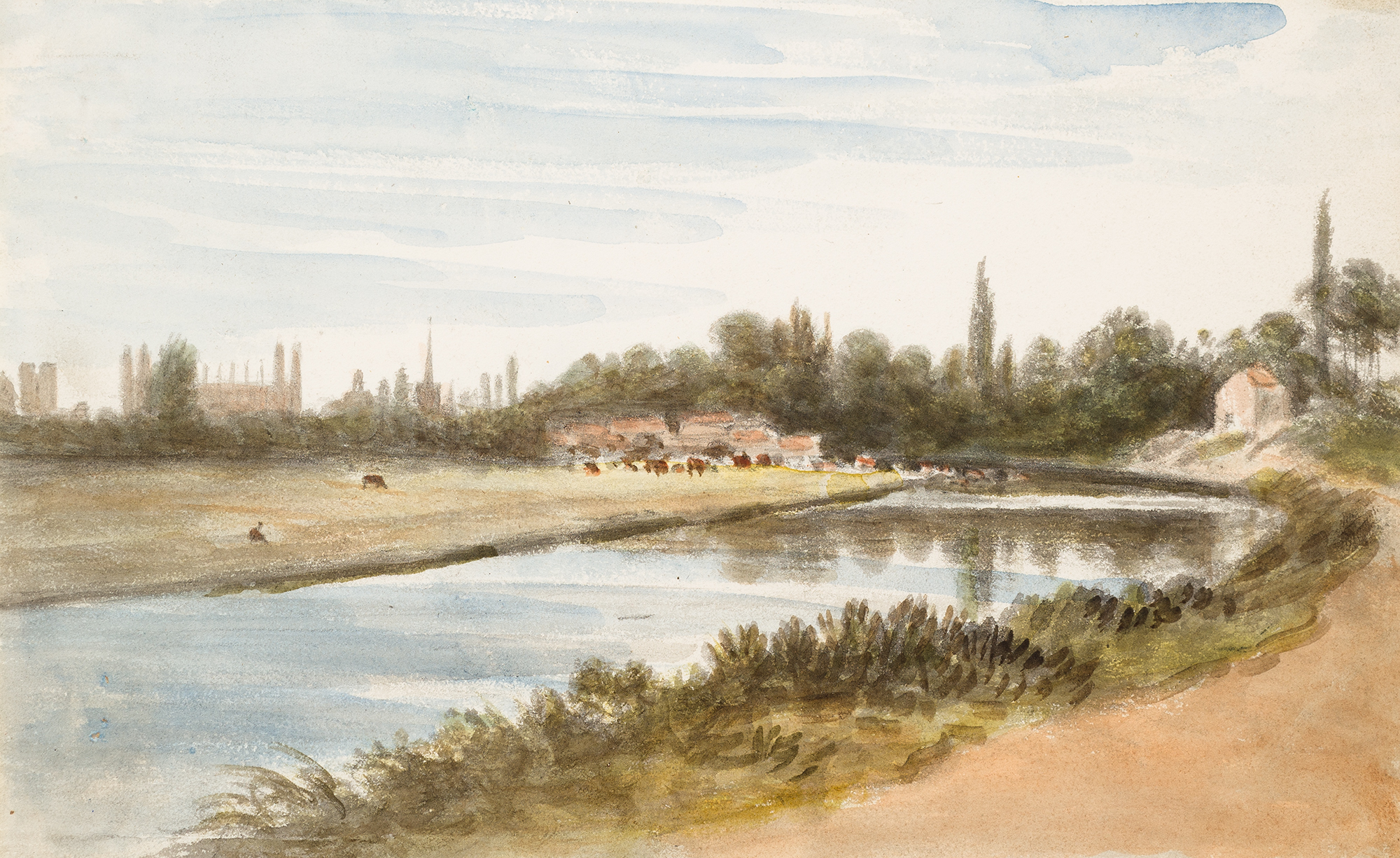 A musical prodigy who started teaching at Oxford University when he was only 22, Crotch was also an accomplished and well-known watercolor painter. Cambridge Coming from Chesterton is typical of Crotch’s work, featuring a picturesque panorama of the English university town. The spires of Cambridge’s King’s College Chapel are visible in the left corner of the painting, while cows graze in the foreground along the River Cam. In works like Cambridge Coming from Chesterton, Crotch creates an idyllic image of English country life, pairing a romantic desire for nature with nostalgia for a pre-industrial past.