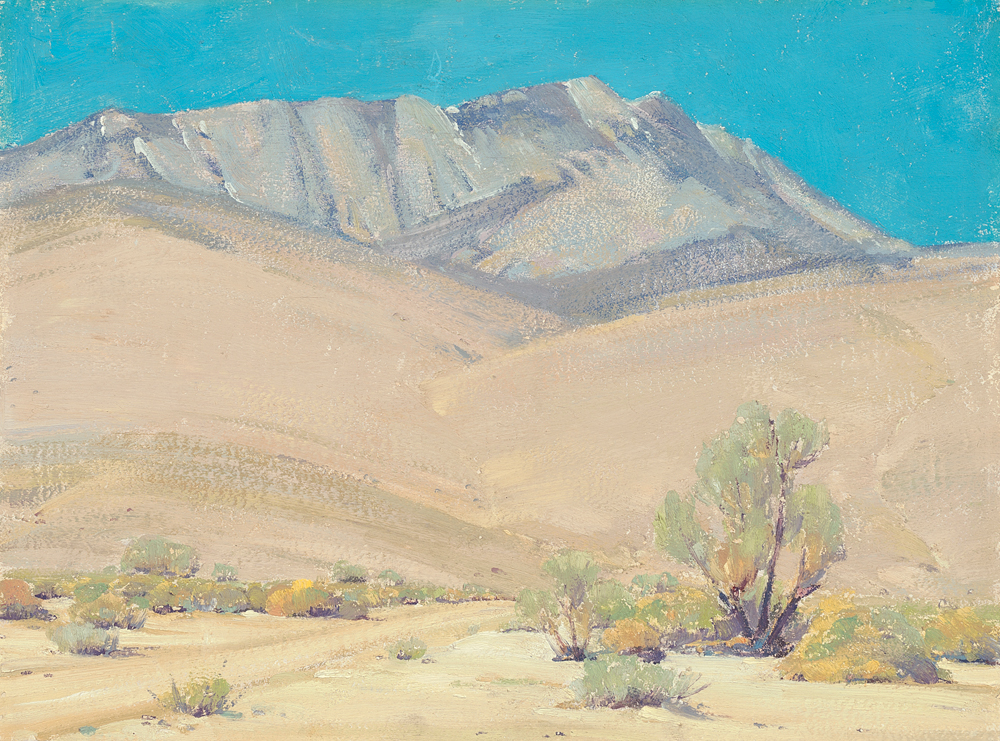 Fechin was born in Kazan, Russia. At age 13 he received a scholarship to attend the Art School of Kazan, and at age 19 entered the Imperial Academy of Art in St. Petersburg. Following graduation his career as a professional painter quickly advanced. He toured Europe, exhibiting his work, and had paintings accepted in the Carnegie International Exhibition in the United States. It was two of Fechin’s American patrons who arranged to move him and his family to the United States after the political upheaval of the Bolshevik Revolution.

Fechin’s style, which combined sound draftsmanship with flashy bravura brushwork, made him immediately popular and he had no difficulty earning a living as a portraitist in New York City. Celebrities commissioned works from him, and he won prizes in the National Academy exhibitions.

However, the moment Fechin was introduced to the Southwest he was immediately converted. In 1927 he visited Taos upon the invitation of the socialite and art patron, Mabel Dodge Luhan, and decided to remain. From then on, he became famous for his exuberantly brushed, idealized portraits of picturesque Southwestern types. In the late 1930s Fechin moved to Santa Monica, California, where he continued to paint for the rest of his life.