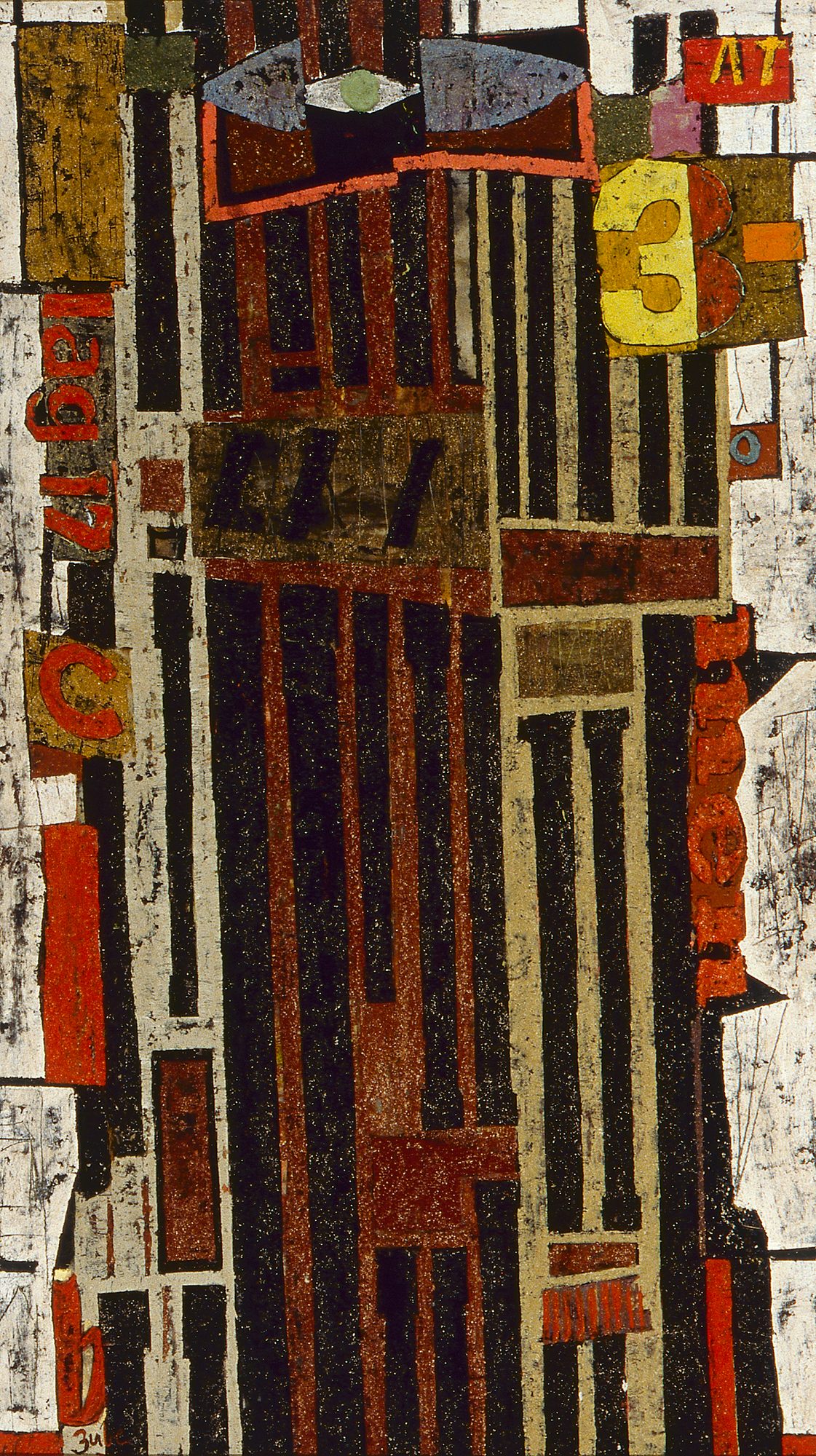 Perhaps more than any other contemporary artist, Karl Zerbe has devoted himself to a technical study of the artists’ media. Building dramatizes the possibilities of a plastic medium commonly know as polymer tempera. This is a white resin emulsion, which can be thinned with water and will adhere to any substance. When dry it becomes water insoluble and permanent as stone. “All the mature works in polymer tempera tend to be close-kit webs of overlapping flat segments of forms, set off against each other by sharply defined edges as well as by contrasts of color and texture. The motifs themselves are often taken from the repertory of slum architecture—fire escapes, boarded-up windows, crumbling masonry, shop signs, the massed magazine covers of newsstands—suggesting an intense though hidden life behind their collage-like surface. These are cityscapes in a new key, dense, crowded, pulsating with energy; the very antitheses of their gently nostalgic predecessors of a decade before.”1

Born in Berlin, Karl Zerbe’s family moved to Paris in 1904. They returned to Germany in 1914 and lived in Frankfurt through the first World War. The young Zerbe studied at the Debschitz Art Center in Munich and later at the Munich Academy of Art where he was exposed to the doctrines of Dadaism and Expressionism. At this stage of his career Zerbe was much taken with the work of such contemporaries as Oscar Kokoschka and George Gross. For seventeen years Zerbe was head of the Department of Painting in the Boston Museum School. In 1954 Zerbe joined the faculty of Florida State University at Tallahassee.