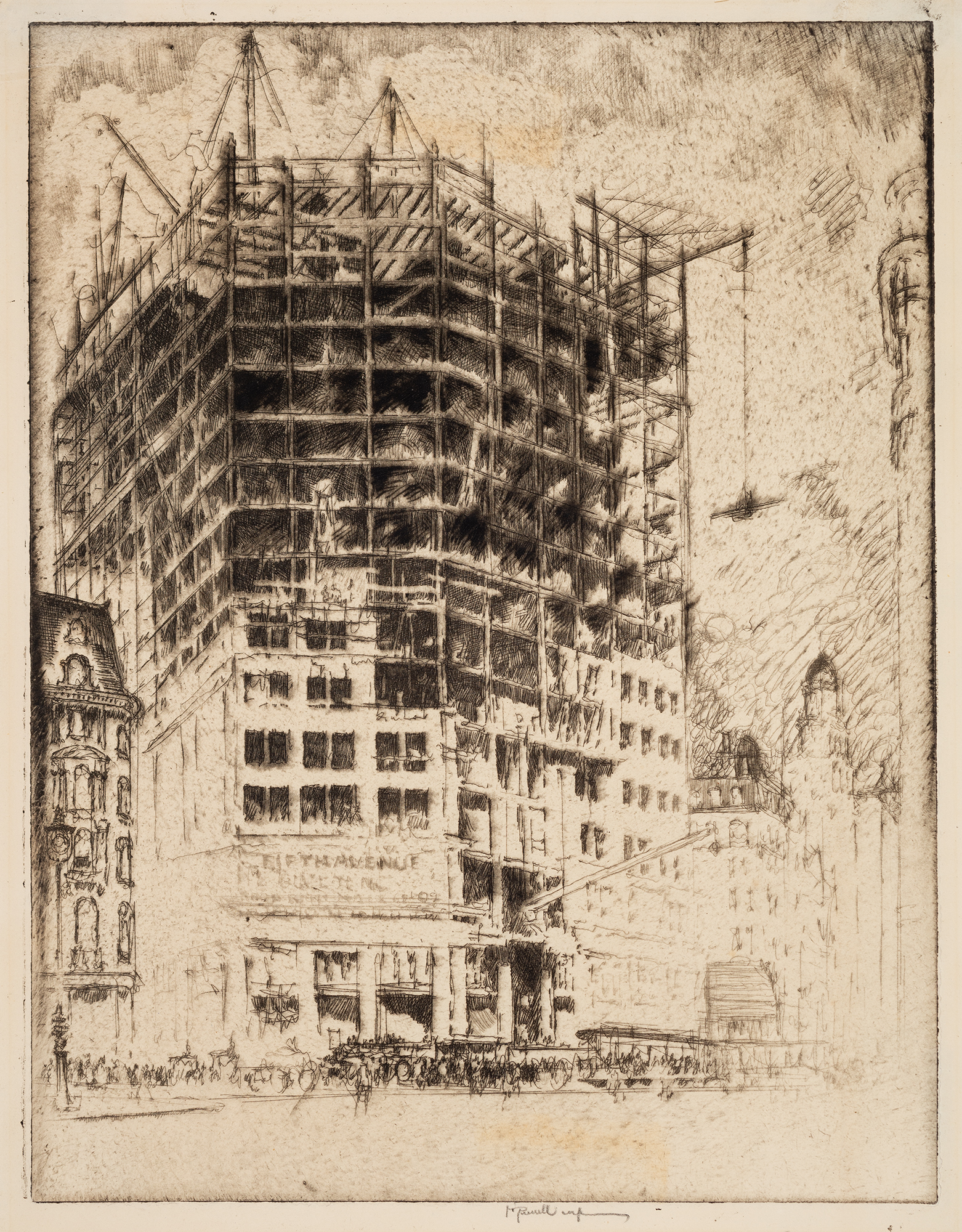 Building a Skyscraper, No. 2

American printmaker Joseph Pennell spent most of his life abroad—he left America as a young man with an illustration commission from Century Magazine and did not move back for 33 years. Nevertheless, Pennell remained fascinated with his homeland. Each time he visited, New York and other American cities had further transformed into modern wonderlands with dozens of towering skyscrapers and bustling factories built on a vast scale. In contrast, Pennell lived in London, where the highest building was only 10 stories tall in 1905. Building a Skyscraper, No. 2 shows Pennell’s fascination with the construction process, featuring a grid of I-beams and a crane. The new skyscraper dominates the composition, taking up nearly the entire print, with smaller buildings scattered on the margins to emphasize the skyscraper’s scale. Pennell’s print serves as a celebration not simply of New York City, but of the potential of America—young, innovative, and constantly growing.