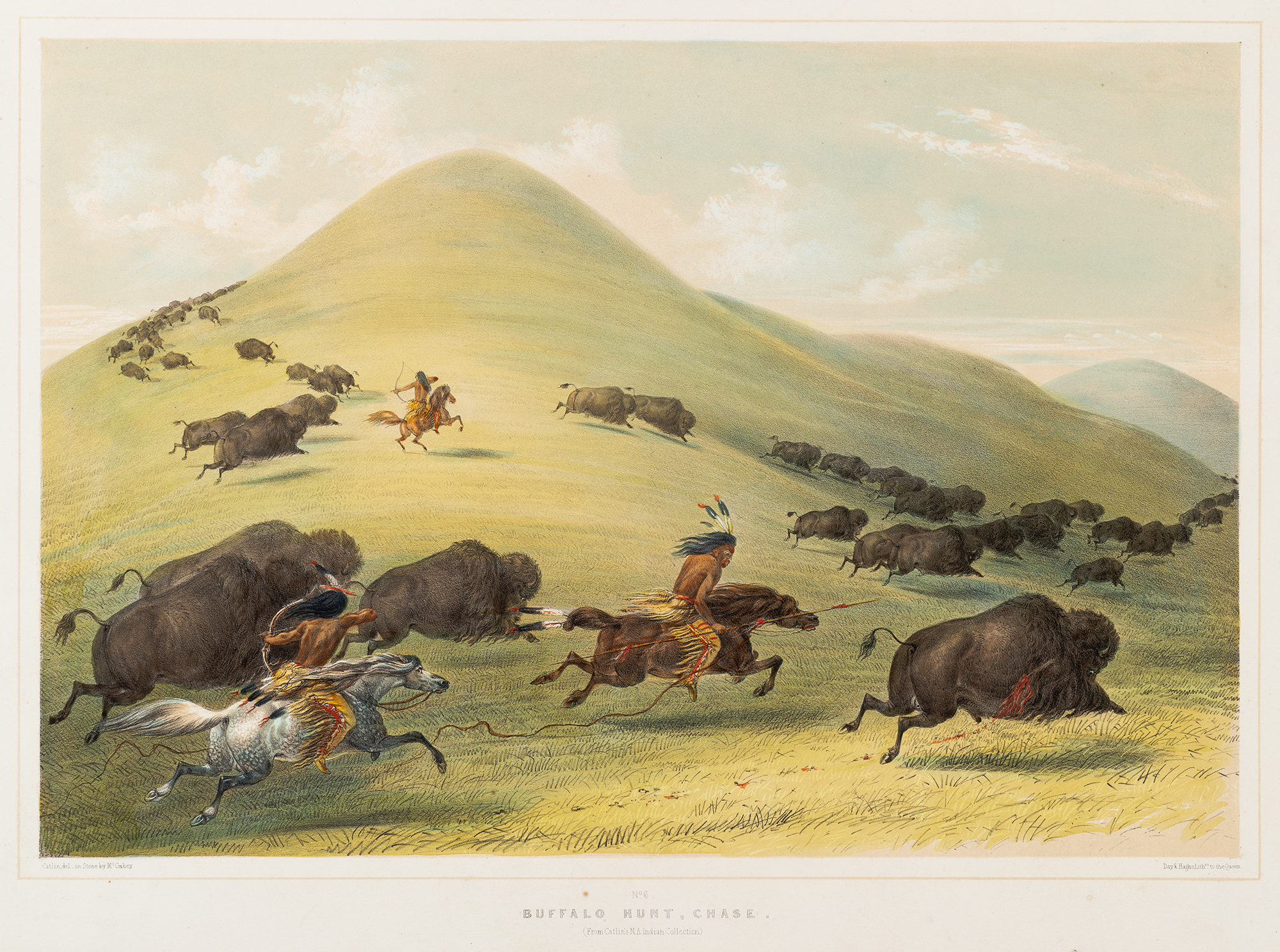 George Catlin traveled west to experience Native American culture. Painting portraits and everyday scenes, he felt he had a duty to lend “a hand to a dying nation, who [has] no historian or biographer of their own,” thereby “snatching from a hasty oblivion what could be saved for the benefit of posterity.” Created before 1844, this print depicts the end of an era; plains Indians (tribe unknown) in a mid-chase bison hunt. Expansion to the west, the introduction of guns and horses to the plains Indians, as well as hunting for sport and trade wiped out the entire bison populations and drastically changed the lives and cultural traditions of Native Americans forever.