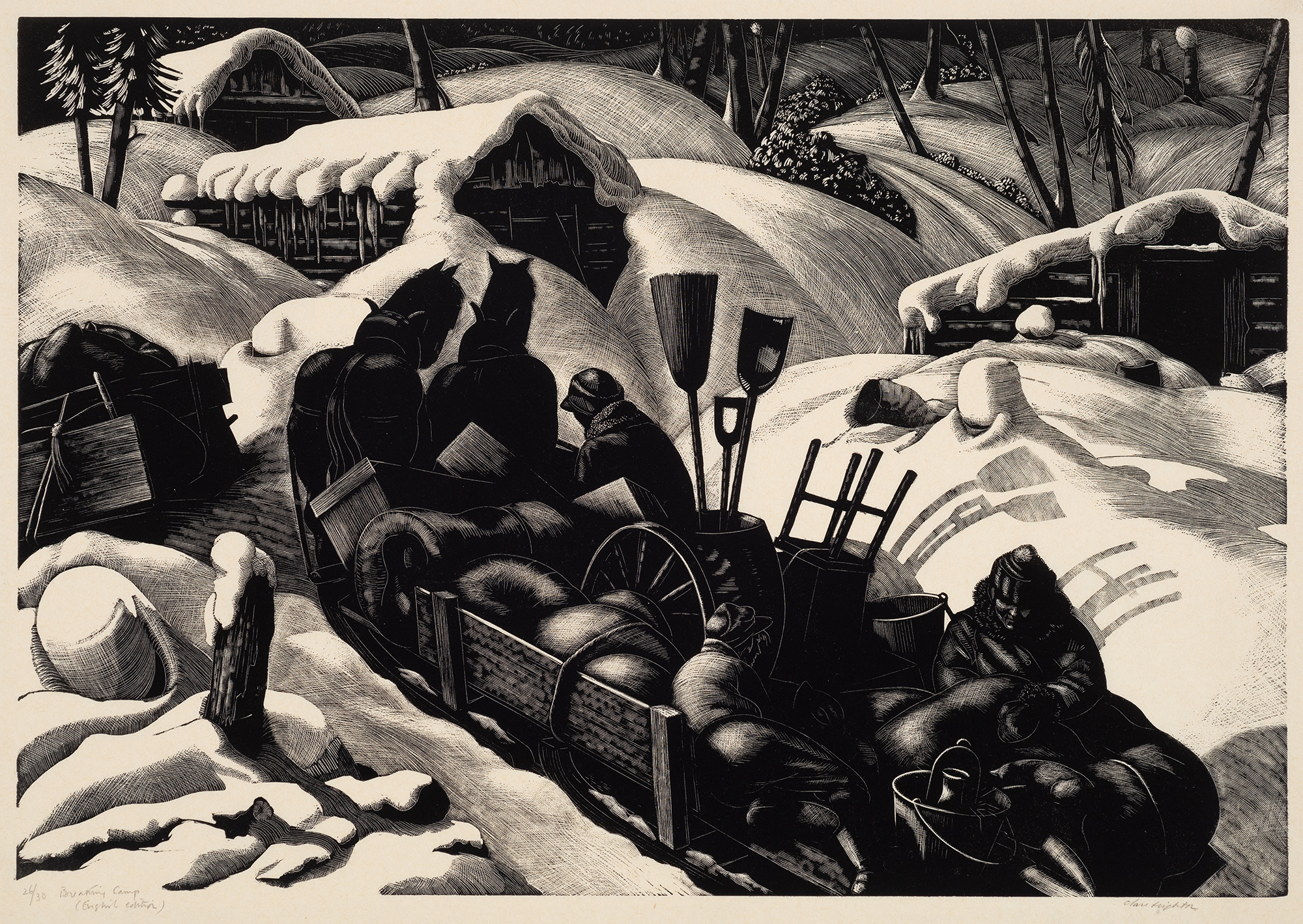 Prairie Print Maker Leighton was born in England to author parents who encouraged her artistic and literary efforts from a young age. Unlike many of her fellow Prairie Print Makers, Leighton studied art formally and met with early acclaim. She was 24 when she made her first woodcuts at the Central School of Arts and Crafts in London—a major center of the block print revival movement. The London-based Society of Wood Engravers selected some of Leighton’s first prints for their annual exhibition in 1923.

By 1925, she had received invitations to lecture in America. (Leighton would eventually move to the States in 1939.) This early success continued throughout her career. In all, Leighton wrote and illustrated 12 of her own books and created woodcut illustrations for special editions of numerous novels, including Emily Bronte’s Wuthering Heights and Thornton Wilder’s The Bridge of San Luis Rey. She also designed for Steuben Glass and Wedgewood. Her woodcuts are known for their sinuous forms and their emphasis on pattern and movement. This print is part of a rare full set of the Canadian Lumber Camp series.