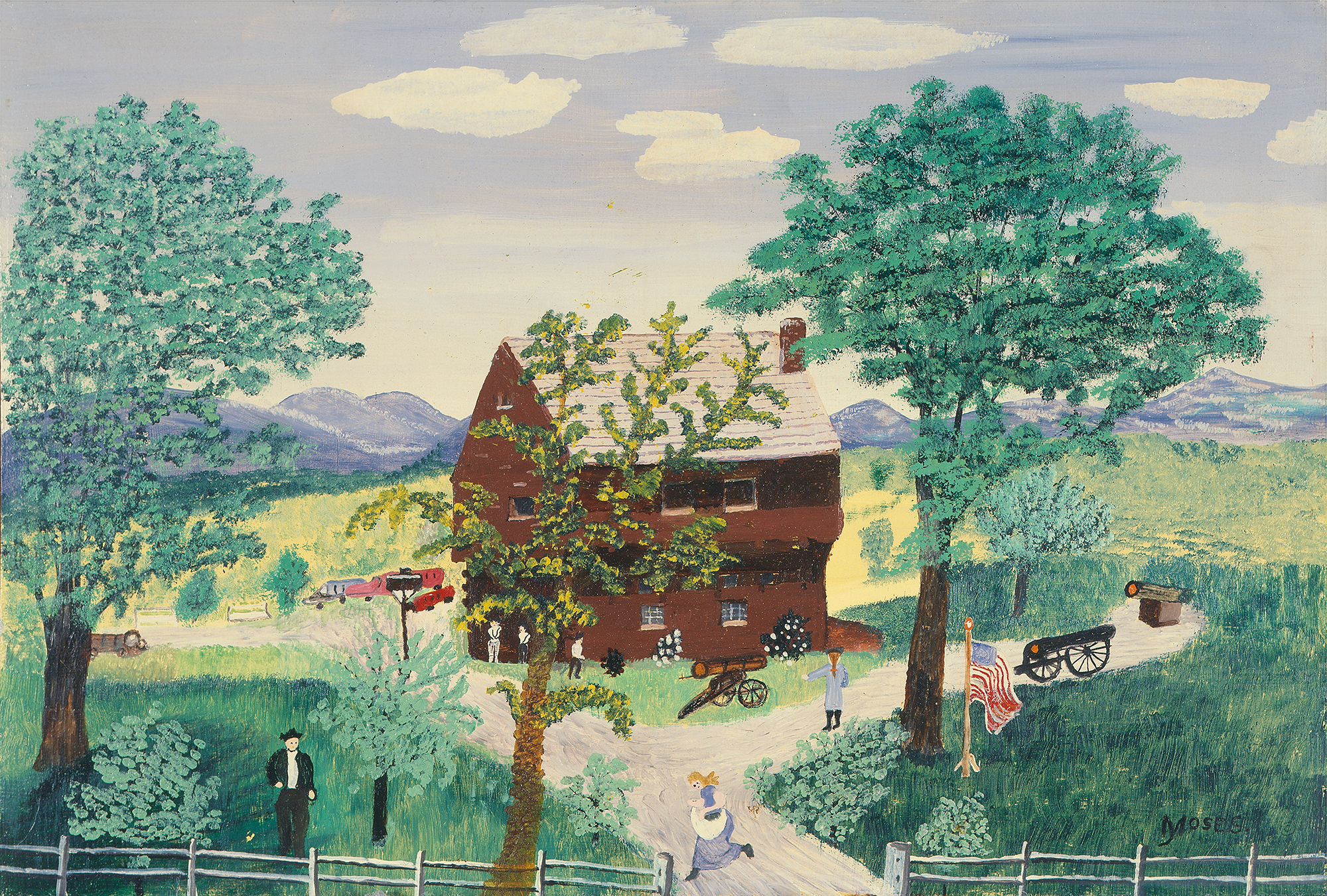 Anna Mary Robertson was born on September 7, 1860 in Greenwich, New York. She attended school sporadically, “three months in summer, three in winter,” she said. From the age of twelve she worked in the neighborhood as a “hired girl.” In 1887 she married a “hired man,” Thomas Salmon Moses. They moved to the South and spent eighteen years in Virginia, where their children were born. Thomas became a dairy-farmer, Anna Mary supplemented their income by making butter, potato chips, and apple-butter. In 1905 they returned to New York State and bought a farm in Eagle Bridge near the place where she was born. In 1927 Thomas died.

Anna Mary had dabbled in paint from early childhood, and later grasped every opportunity to embellish her home. The earliest preserved work of hers is a screen for the fireplace on which she painted a landscape, about 1920. After the death of her husband, and when duties toward children and grandchildren no longer occupied her so much, she devoted more and more time to embroidering pictures and to painting small landscapes. A number of them were sent to the Women’s Exchange in a drugstore in nearby Hoosick Falls. There they were seen by a passing engineer, Louis J. Caldor, in 1938, who brought some to New York; three were included in an exhibition, entitled Contemporary Unknown American Painters, at the Museum of Modern Art, New York, in 1939. Grandma Moses’ first one-man show took place at the Galerie St. Etienne, New York, in October 1940. In 1949 President Harry S. Truman invited her to Washington and presented her with the Women’s National Press Club Award “for outstanding accomplishment in art.” In the same year she received an Honorary Doctorate Degree from Russell Sage College, Troy, New York.

One-man exhibitions took place in six European cities in 1950, and again in nine European museums during 1955-56. In 1969-1961 Governor Nelson A. Rockefeller issued a proclamation declaring the artist’s birthday as “Grandma Moses Day” for the State of New York. On December 13, 1961 Grandma Moses died at the Health Center in Hoosick Falls, New York.