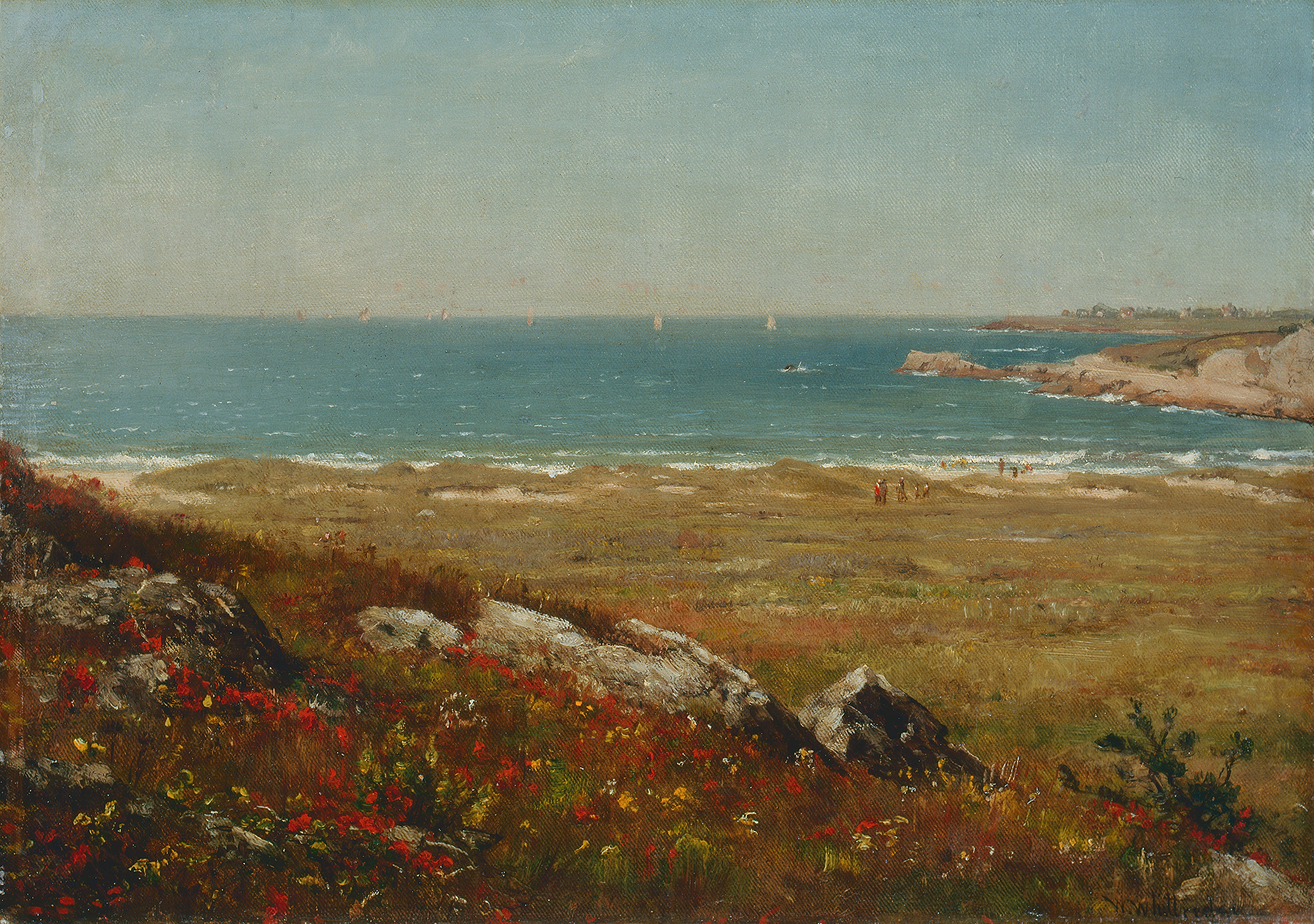 Whittredge ranks as a major figure in the Hudson River School. He grew up on the American frontier, studied extensively in Europe and made a reputation in the United States as a painter of the wilderness, in particular, scenes of sunlit ponds hidden away in the dark interiors of unexplored forests. Whittredge, however, was personally fond of the Atlantic coast and he spent a lot of time in the resort area of Newport painting the beaches and surrounding farmland.

He made the following comment about the attractions of Newport in his autobiography:

“After my arrival from abroad (1859) in searching for subjects of my pictures, I went several summers to Newport. This part of the New England littoral, the paradise of summer dwellers, had great charm for me, though of a different character from the fascinations it always seemed to possess for the fashionable people. I had heard much of it and the neighborhood surrounding it when I was a child, and many things I saw seemed perfectly familiar to me, although never seen before . . . In short it was the land of my forefathers.”

The beach scene in the Wichita Art Museum collection very likely dates after 1880 when the artist had begun to adopt some of the lighter colors and more free brushwork of the Impressionist school. As a consequence, this scene combines the Romantic perception of the American landscape as a new Eden with the Impressionist’s emphasis upon a spontaneous record of optical experience.