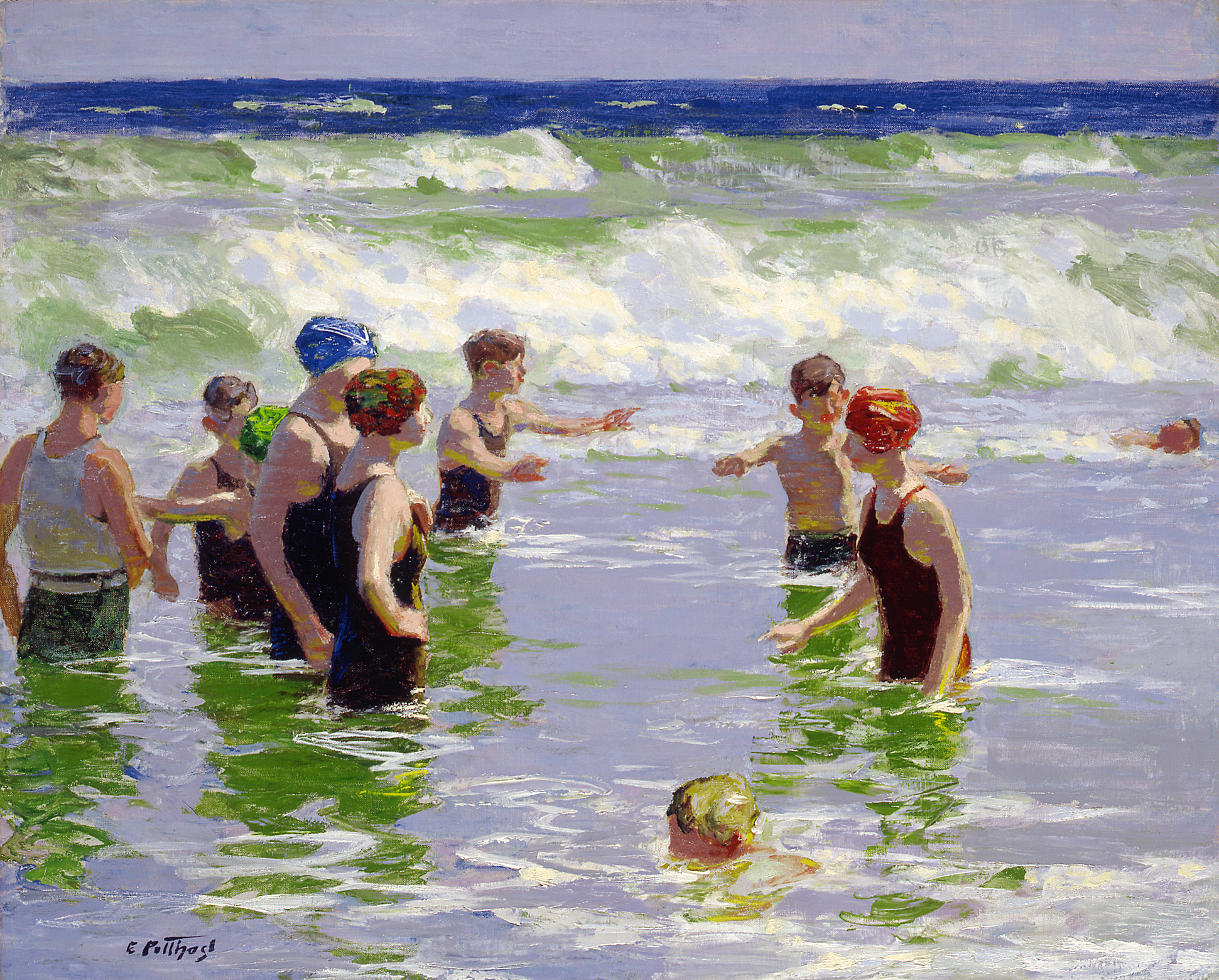 Born in Cincinnati, Ohio, Edward Potthast began working as a lithographer at the age of sixteen and continued to support himself as a freelance lithographer throughout much of his life. His formal art training commenced with evening classes at the McMicken School of Design in 1870. Between 1882 and 1889 Potthast studied painting in Europe and combined in his work of that time the deep brown tonalities of the Munich School and the hazy rural tradition of the Barbizon School. Potthast soon discovered the French Impressionists and adopted their dissolution of form, flickering, spontaneous brushwork and inter­est in the fleeting everyday world.

Potthast’s impressionist-inspired style was ideal for the rendition of radiant seashore scenes like The Bathers. Potthast made such scenes his specialty, committing himself to them so strongly that many critics dismissed him as a narrow, limited painter. However, as one contemporary commented, “when a man paints a theme as well as Potthast paints seashore subjects we forgive him for sticking to it to the exclusion of other subjects.”1

The Bathers evokes the sunny, carefree atmos­phere of middle-class urbanites vacationing on the seaside. An informally arranged group of figures is shown wading in the shallow waters off the beach. The children, with eyes closed and arms out­stretched, moving blindly through the water, play a game of Marco Polo, while adults observe and con­verse. Behind them the mounting surf breaks into billowy white waves, their force conveyed through heavy impasto. Viewed at close range, Potthast’s palette of greens, blues, and mauve would seem almost arbitrary, but from a distance these dis­parate shades blend effectively. The yellow high­lights of the waves, coupled with the bright reds of the bathers’ caps, sustain a visual momentum across the surface of the composition. Potthast sub­merged the identities of individual figures into an almost tangible evocation of sparkling water and sun-drenched bodies in the open air.