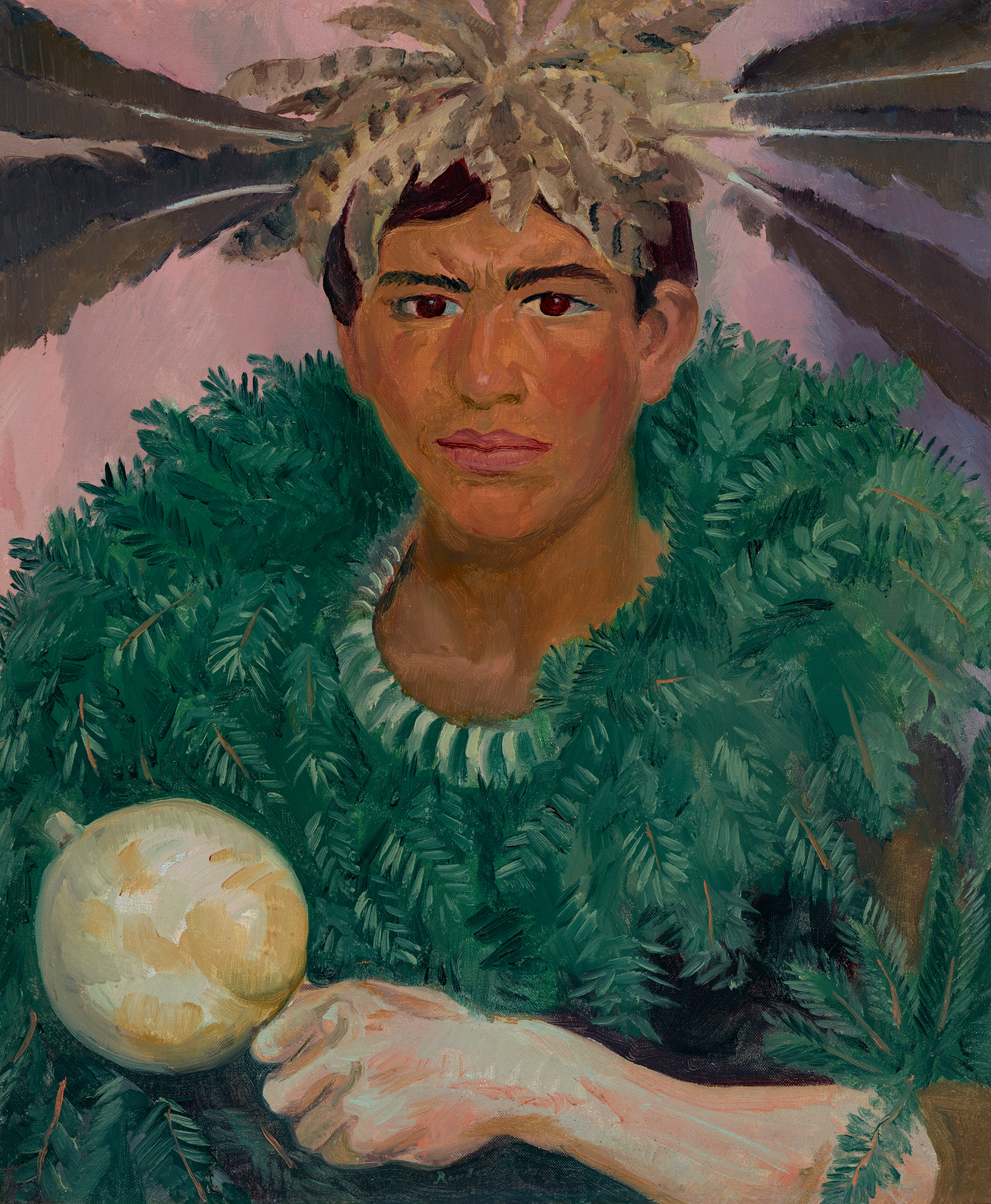 Randall Davey, born in 1887 in East Orange, New Jersey, initially studied architecture at Cornell University from 1904 to 1908. In the same year that he left Cornell with an “Honorable Dismissal,” he enrolled in Robert Henri’s classes at the New York School of Art. The young Davey impressed his instructor to such a degree that Henri hired him as his teaching assistant and took him on a trip to Spain in 1912. Upon returning to the United States, Davey began to exhibit his work regularly, participating in the Armory Show of 1913 and National Academy of Design annuals thereafter.

Davey developed a lasting friendship with former Henri student John Sloan in the 1910s, and the two frequently painted in the same locales. For example, both men painted at Gloucester, Massachusetts in 1916 and again in 1919. During the latter Gloucester sojourn, Davey, having grown tired of the coastal scene, decided to travel to Santa Fe, and convinced Sloan to accompany him. Both artists were captivated by the New Mexican environment and came to spend much of the rest of their lives in Santa Fe. Sloan worked there every summer but two until his death in 1951. Davey became a permanent resident, though to support himself he did accept out-of-state teaching positions on several occasions, joining the faculty of the Art Institute of Chicago in 1919, the Kansas City Art Institute from 1921-24, and the Broadmoor Art Academy in Colorado Springs from 1924-31. Later, he taught at the University of New Mexico in Albuquerque from 1945-56.

Davey probably executed Basket Dancer during the first decade of his residence in Santa Fe, as suggested by the vibrant colors and loose brush-work of the painting, which are common to the artist’s style of the 1920s. Emphasizing the head and upper torso in a manner similar to portraits by Davey’s teacher, Henri, the picture focuses on a single Puebloan, identified as a basket dancer through his spruce collar and gourd rattle. Such ceremonial dress would rarely be worn outside of the Basket Dance, but Davey has detached his sitter from the ritual performance and presents him as an independent and unique individual.

Davey probably witnessed the Basket Dance when segments of it were performed regularly in Santa Fe during the 1920s. Traditionally held during the winter months of December or January to ensure agricultural fertility for the coming year, the Basket Dance is usually sponsored by the women’s societies of the Pueblos, though both women and men participate in the ceremony. Although San Ildefonso and Santa Clara Pueblos perform the dance the most frequently, the headdress of Davey’s dancer does not possess the yucca stalks or squash blossoms characteristic of those respective Pueblos but consists entirely of feathers. The exact tribal affiliation of the dancer has yet to be determined, but the headdress might originate from the Tesuque or Taos Pueblos.

Davey’s interest in the Pueblos often extended past artistic treatment; for instance, he joined Sloan in political action when government legislation, proposed by Bureau of Indian Affairs director Edmund Burke, threatened to ban Native-American dances and other traditional religious practices on several occasions throughout the 1920s.1 Davey was also instrumental in creating the Artists’ and Writers’ Protest Petition against the Bursum Bill of 1922, which nearly stripped both land and water rights from the Pueblos.2 In this context, Davey’s presentation of the Basket Dancer as a proud individual, nobly carrying on an ancient ritual tradition, may be seen as a manifestation of the artist’s own political support for the sovereignty of Native-American religious expression.

2 Edna Robertson and Sarah Nestor, Artists of the Canyons and Caminos: Santa Fe,