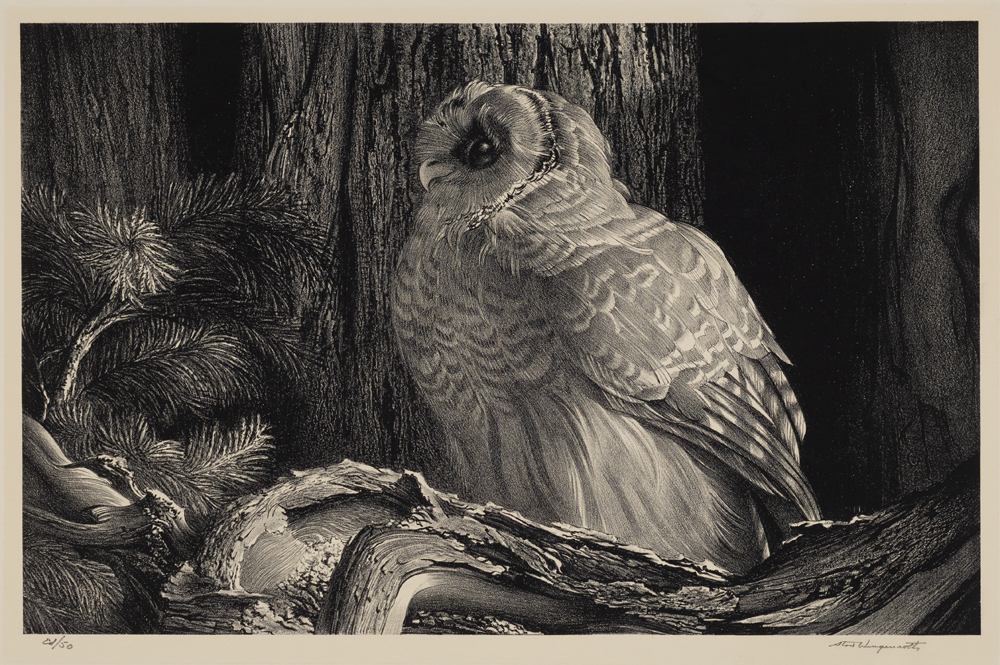 Prairie Print Maker Wengenroth was born in 1906 in Brooklyn. Known as one of the finest lithographers of the 20th century, Wengenroth studied at the Art Students League and Grand Central School of Art. He published the book Making a Lithograph in 1936. Working almost exclusively in black and white, Wengenroth is known for his scenes of New York City and the New England Coast, all rendered in painstaking detail. Delicate yet monumental, his prints are in major collections throughout the country, including the Smithsonian American Art Museum, Whitney Museum of American Art, Metropolitan Museum of Art, and others.