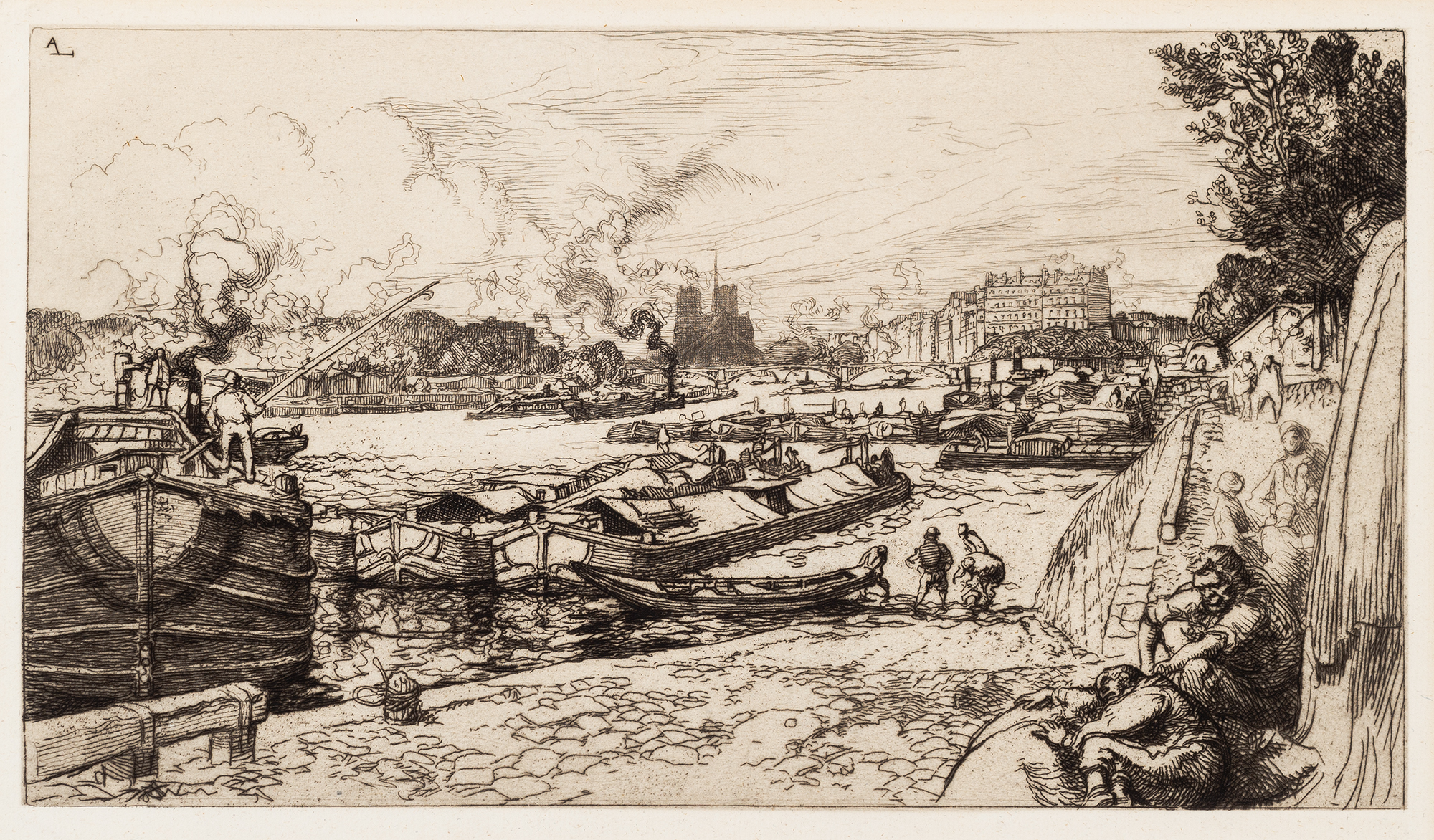 Banks of the Seine: Mouth of the St. Martin Canal

The young Auguste Lepère received his first art training at home from his father, the well-known French sculptor François Lepère. His formal study began under the guidance of the English engraver Burn Smeeton who was active in Paris between 1840 and 1860 as a reproductive engraver. Lepère was something of a prodigy; he is known to have begun his first professional work at 13 when he was apprenticed at the drawing office of the Magazine Pittoresque and L’Illustration. By the end of his career he had become a technical virtuoso of the art of wood engraving, supplying designs and cuts for French, English, and American magazines.

Lepère’s artistry in wood engraving has hardly been surpassed. He was an excellent painter, as well as draftsman, and his love of the flexible, fluid brush stroke can be seen in his wood engravings. Like Buhot, he was very much the peintre-graveur imbuing his prints with a distinctly painterly quality. Lepère was also a master of the techniques of etching and lithograph, producing fine images, which were highly admired and which were awarded prizes at the Salon exhibitions.