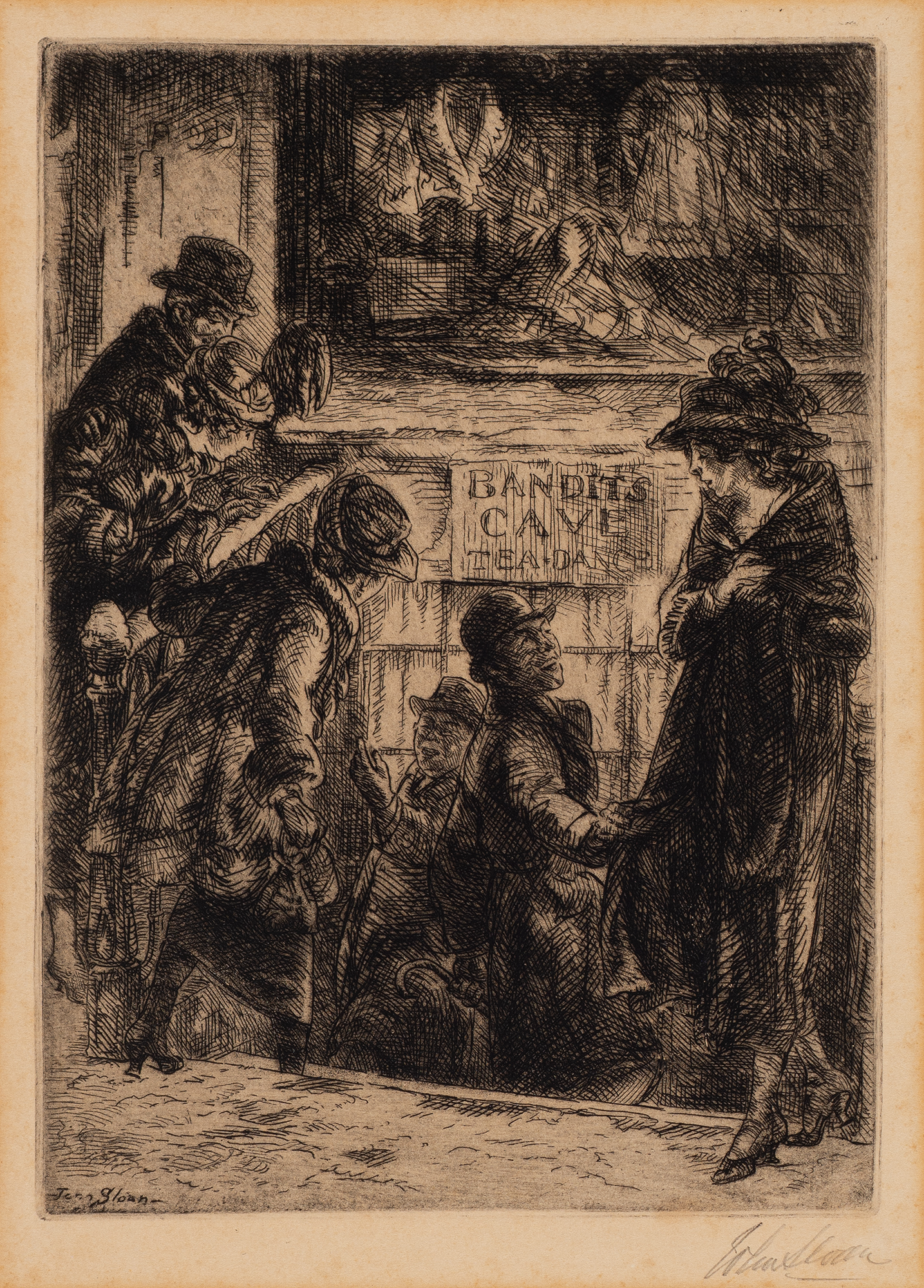 A key member of The Eight, Sloan is known for his images of urban life in the early 20th century, depicting “drab, shabby, happy, sad, and human life.” As a young man, Sloan made his first etchings while working at a rare book shop. Soon after, Sloan began working as an illustrator for The Philadelphia Inquirer and taking night classes at the Pennsylvania Academy of Fine Arts. In 1892, Sloan met painter Robert Henri. Henri—who shared with Sloan an interest in depicting the gritty realities of everyday urban life—encouraged Sloan to paint. Sloan, with Henri and other friends, would soon have a major impact on American art as it came of age. In 1908, Sloan participated in the landmark exhibition at the Macbeth Galleries that also featured Henri, William Glackens, George Luks, Everett Shinn, Maurice Prendergast, and Ernest Lawson, known thereafter as “The Eight.” Their visions of city life offered a radical, modern alternative to work done in a more traditional, academic style. In 1913, Sloan was a co-organizer of the legendary Armory Show, which brought European modern art to America for the first time. Sloan was also an important teacher. Beginning in 1914, he worked for 18 years at the Art Students League in New York, teaching such luminaries as Reginald Marsh, Alexander Calder, David Smith, and Barnett Newman.