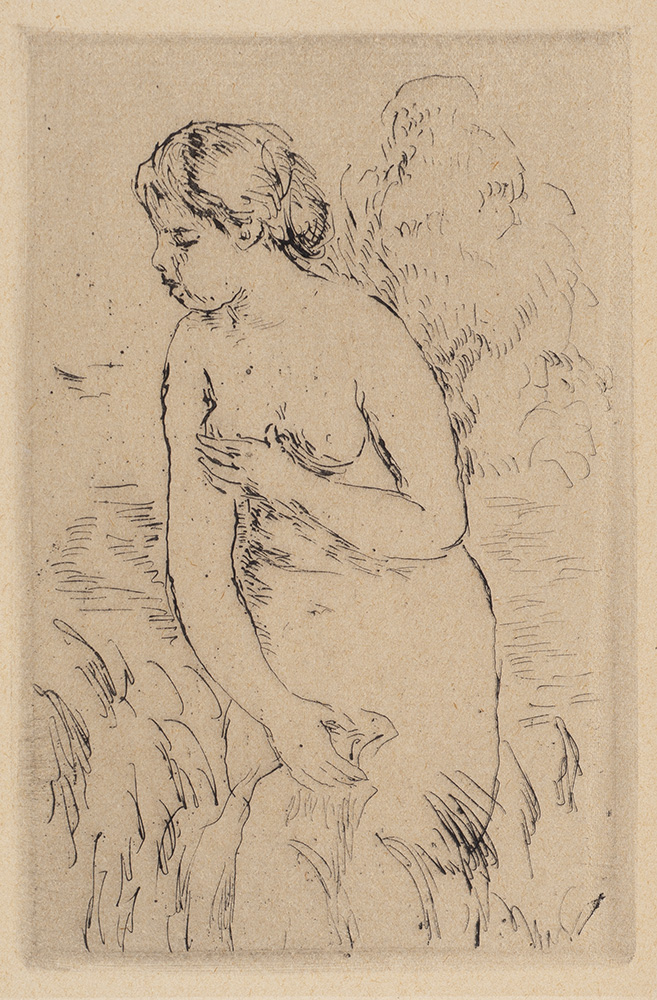 French artist Renoir, like Mary Cassatt, was a member of the impressionist circle. Known for his colorful, light-filled images of Parisians at play, Renoir avoided the seedier visions of urban life found in the work of Edouard Manet and Edgar Degas. Instead, like Claude Monet, Renoir’s primary interest was rendering color and light effects. The son of a working-class family, Renoir left school at age 13 to work as a painter in a porcelain factory. Although he had originally dreamed of enrolling in Paris’ Ecole des Beaux-Arts, he eventually allied with modern painters Camille Pissarro and Edouard Manet and abandoned his desire for formal academic training.

In April 1874, Renoir joined forces with Pissarro, Claude Monet, Alfred Sisley, and others to stage the first impressionist exhibition. Renoir was ultimately responsible for some of the most well-known impressionist works, such as the 1876 Moulin de la Galette (Musée d’Orsay, Paris) and the 1880 Luncheon of the Boating Party (The Phillips Collection, Washington D.C.) Today, like other impressionists, Renoir draws blockbuster crowds to museums and inspires reams of scholarship. Although Renoir is French, not American, his work is still relevant to the Wichita Art Museum collection. Renoir and his fellow impressionists directly influenced generations of American artists, particularly the group of American impressionists known as The Ten.