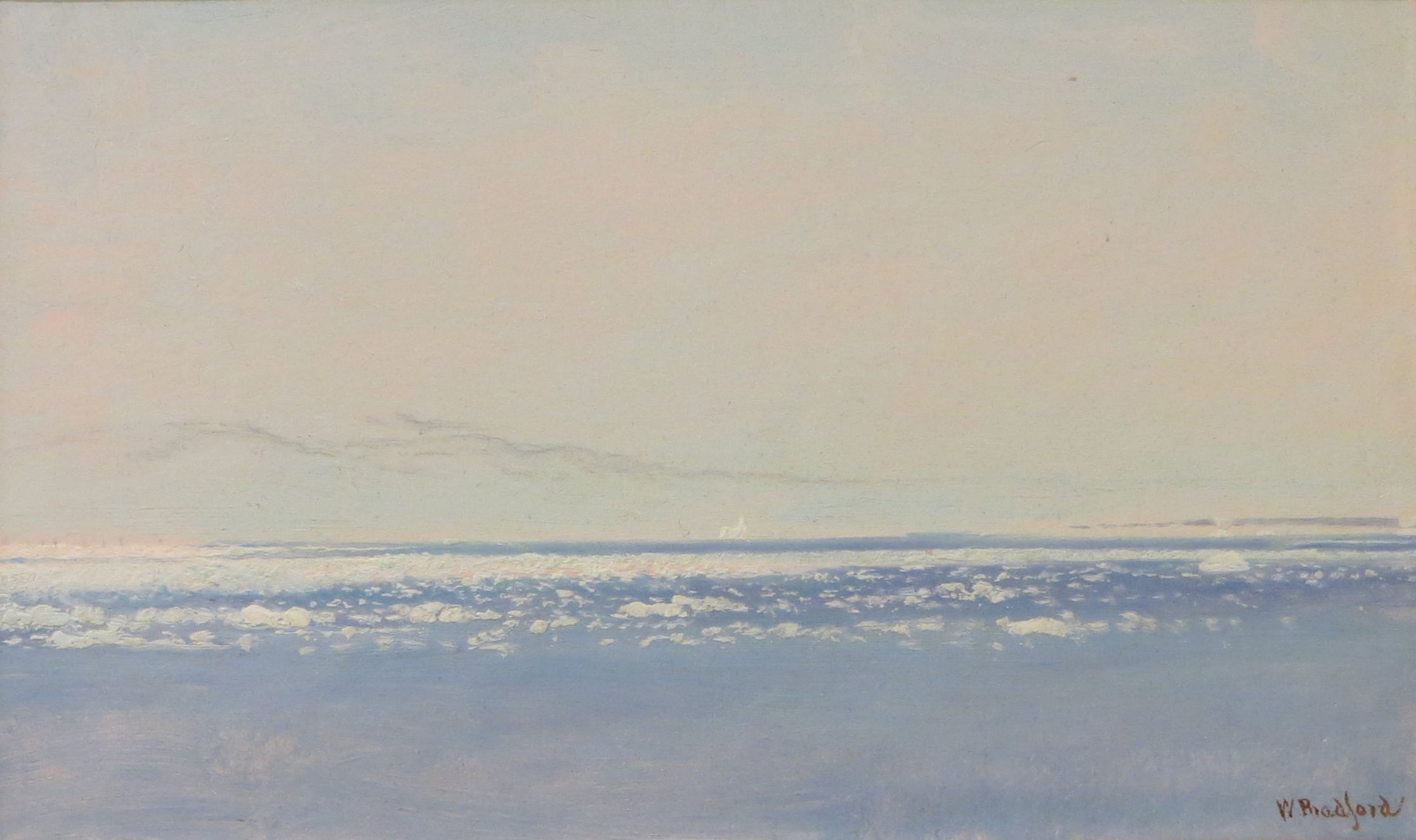 William Bradford was born to a ship’s chandler of New Bedford, Massachusetts, and he spent his entire life on the coast or on the sea. Following the example of another American painter, Frederick Church, Bradford set out to explore the remote and desolate regions of the arctic north. During the 1860s and 70s Bradford made several trips to Labrador and one to Melville Bay on the Greenland coast, 600 miles north of the arctic circle. He made sketches on site and took photographs, which he later translated into oil paintings in his New York studio.