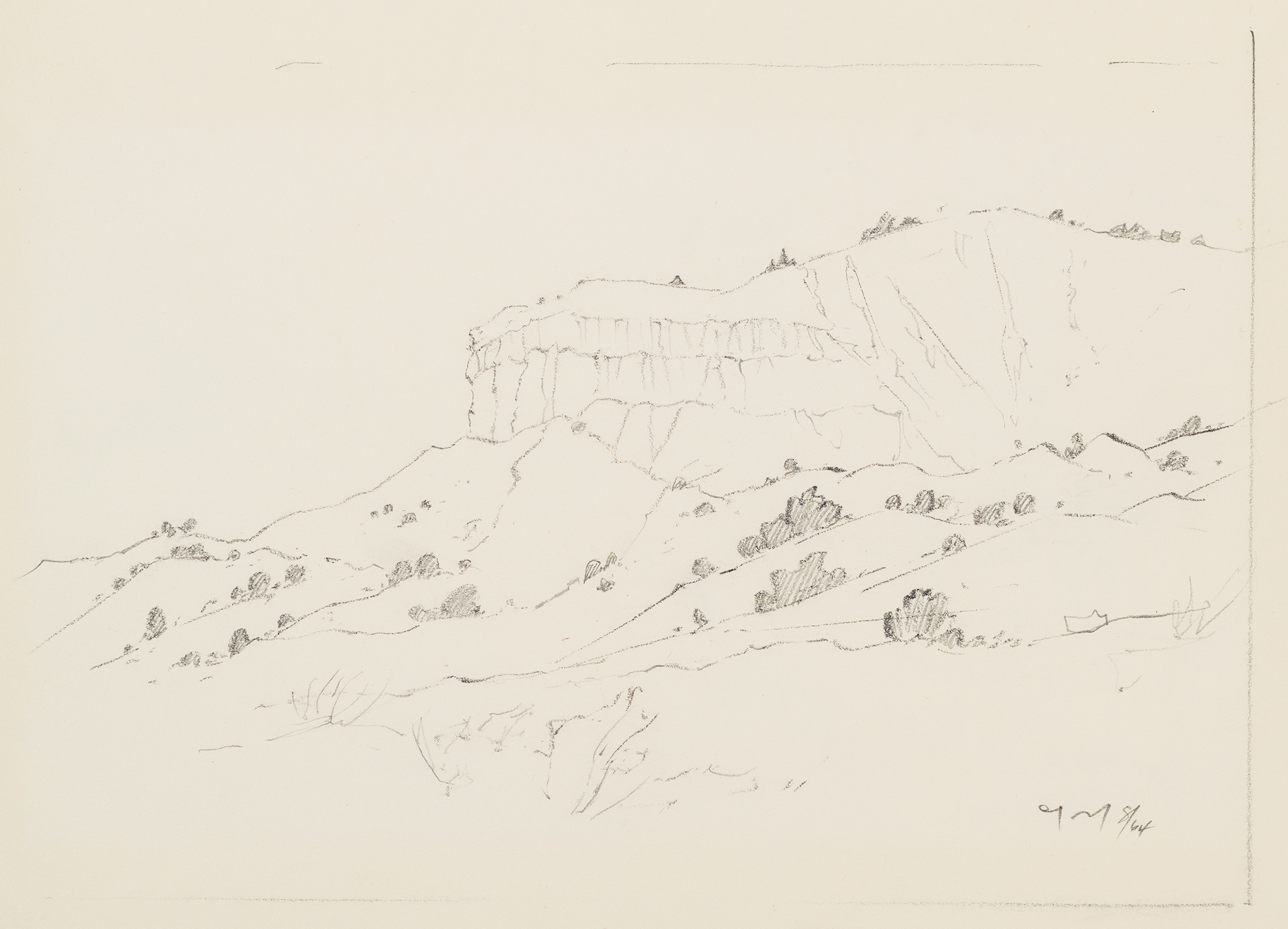 This 31-page sketchbook dates from 1964–1975 and documents what had been a life-long practice by the artist of making sketching trips to various picturesque locales to gather material for his finished works in print and paint. The sketchbook derives from the artist’s late years after he had closed his art school, Rancho del Rio, at Alcalde, New Mexico, to devote time entirely to his own work. He married artist Glada Lockhart in 1963 (his first wife, Norma Bassett, died in 1957.) Arthur and Glada traveled extensively abroad and in the American Southwest.

These sketches demonstrate hall’s exquisite sense of the power of line. Although he began to work almost exclusively in the medium of watercolor after 1963, his drawings reveal that he continued to compose in the manner he had learned from E.S. Lumsden and which he had employed so brilliantly in his drypoints and etching. When Hall viewed a scene, he quickly laid out the basic contours of a broad panorama. Then he selected one or two key motifs for emphasis—tree, rocks, building, or occasionally an animal—and worked up the most intense shadows or blacks of the image. Around these principal forms he developed some intermediate tones and textures, but the majority of the page remained white so that the eccentric silhouette or vital contour chosen as the focal point of the image crackled to life against the “negative” space.

One of the most elegant and charming details of the sketches is the artist’s occasional notation of the date of his work in stenographic code. He had used the latter skill during his employment as a court reporter when he lived in El Dorado, Kansas, in the 1920s and early 1930s. The spare and refined shorthand mark of curved line and dot speaks most appropriately to Hall’s aesthetic sensibility.