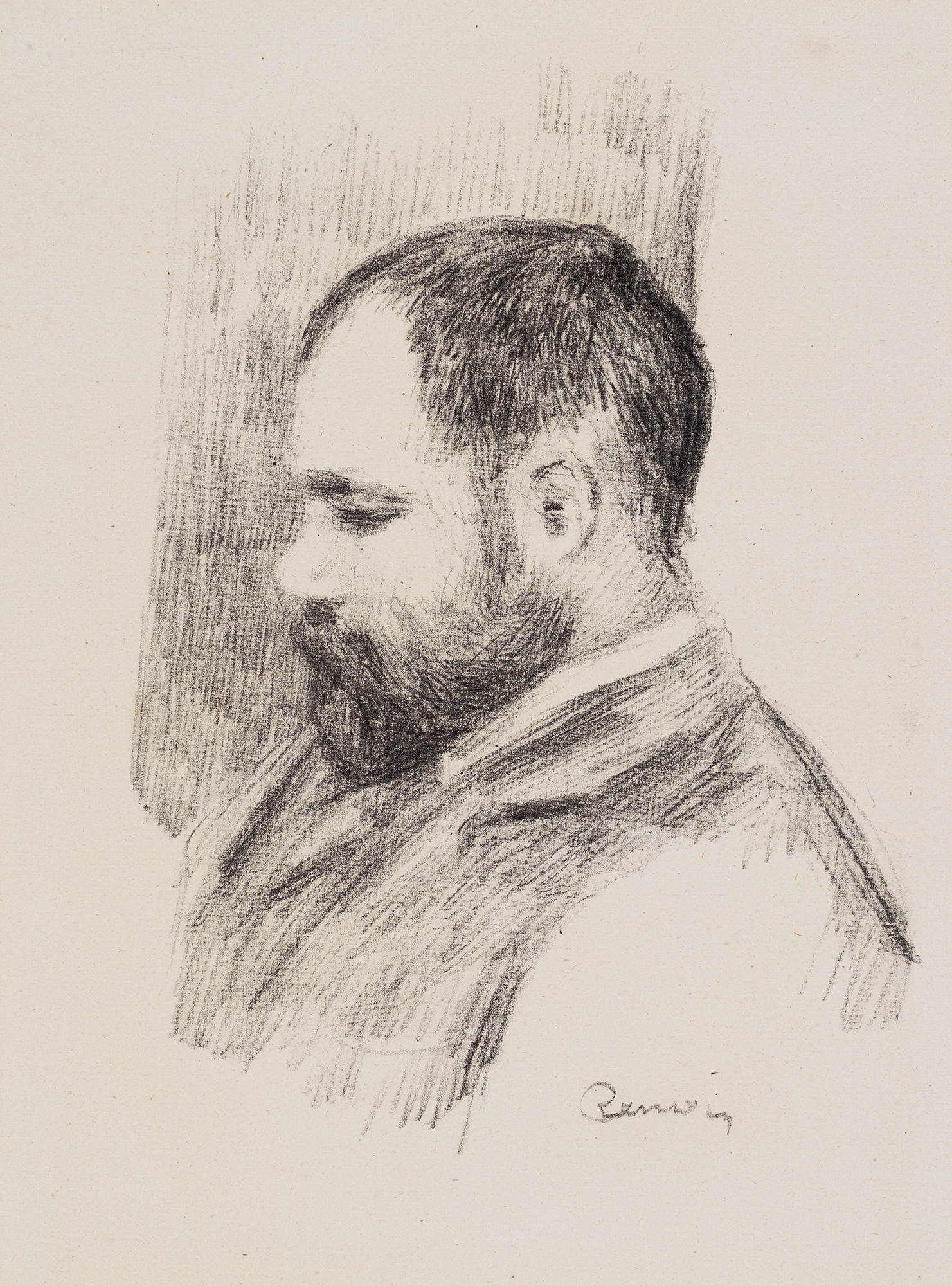 The French Impressionist Renoir produced a relatively small number of etchings and lithographs. According to the historian Edward T. Chase, Renoir often executed his lithographs in haste and typically copied a figure from one of his oil paintings. These print images exhibit the same brevity of the sketch and softness of modeling as seen in his paintings.

Ambroise Vollard was a savvy and sociable art dealer who befriended the Impressionist and post-Impressionist artists and promoted their careers. Vollard authored a book on Renoir’s life and published reproductions of the painter’s collected works.