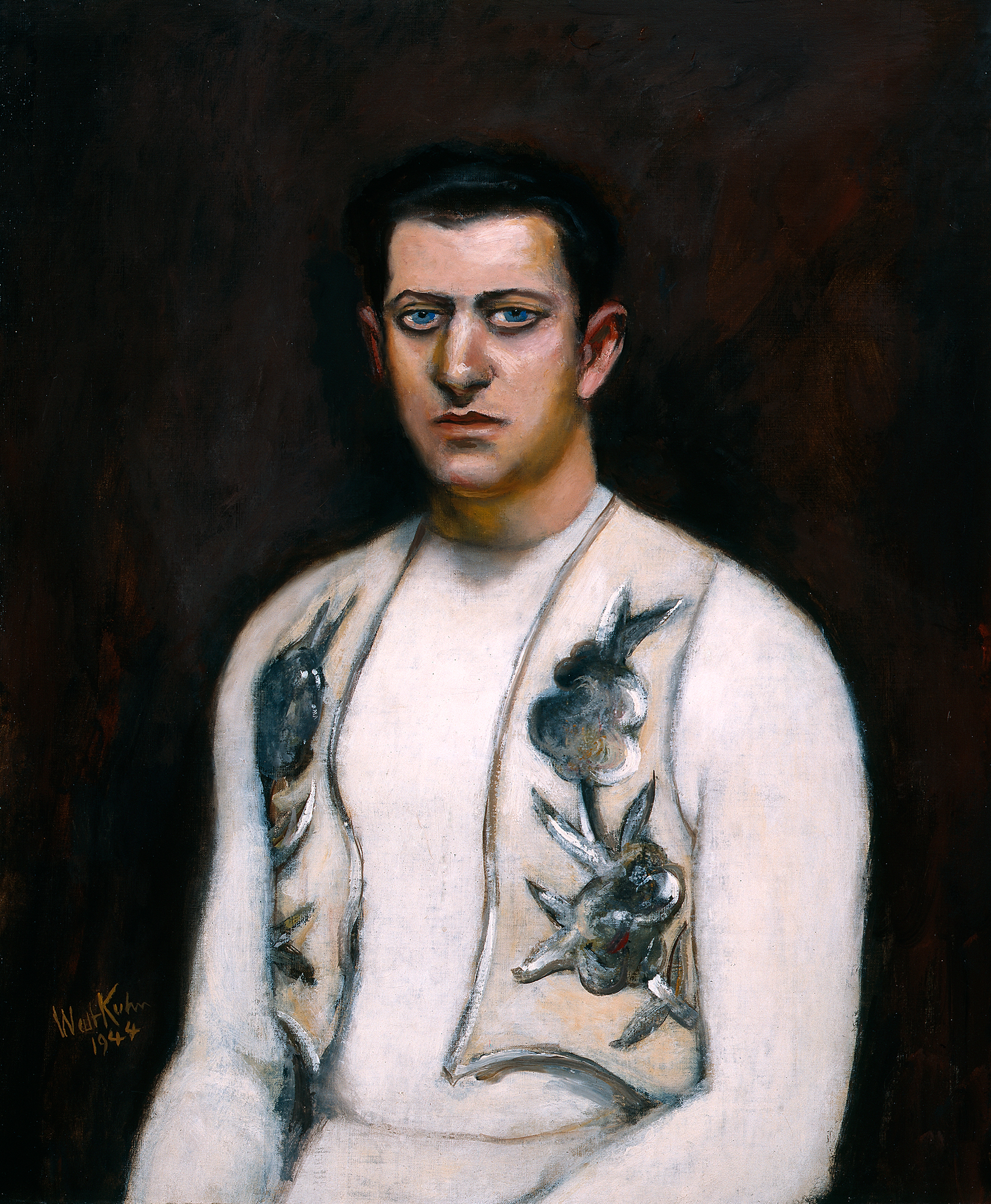 Acrobat in White and Silver

“Walt Kuhn loved Show-Business, the world of the circus, the theater and the nightclub. Its perform­ers were his models and his friends. He inspired them with tales of his art experiences, they in turn gave of themselves so that his paintings might breathe the spirit of the sawdust and the stage. It was a mutual understanding between kindred souls.1”

While perhaps overly romantic, Vera Kuhn’s paean to her husband does underscore those themes—the circus and the stage—that characterize much of Walt Kuhn’s work. Kuhn’s mother, while raising her son in Brooklyn, passed on to the young artist her pas­sion for vaudeville and variety shows. In 1922, when he found he could not support himself solely through painting, Kuhn returned to his childhood enthusiasm; for the next few years, he worked suc­cessfully designing, writing, and directing for vaudeville and the circus.

In 1925, after a nearly fatal ulcer forced him to reassess his life goals, Kuhn again began to paint seriously, redirecting his love for show business into what he saw as a more enduring form. Taking as his models the professionals of the stage and circus, he began to paint portraits of individual performers. Although his fascination with the circus and stage is often compared to that of Toulouse-Lautrec and Degas, Kuhn’s acrobats and clowns seem closer in spirit to Picasso’s melancholy circus performers. Almost without exception, Kuhn depicted the individual performer at rest, not as an embodiment of the excitement and vitality of show business but rather as a metaphor of some larger reality.

Kuhn first portrayed Frank Landy, the model for Acrobat in White and Silver, in Trio (Colorado Springs Fine Arts Center) of 1937. In the Wichita painting Landy is seen seven years later, as a circus veteran wearied by the tedium of show business. With typical economy of statement, Kuhn has stripped the picture to its essentials through the nearly monochromatic palette, the abstract background, and the simplified body that has been reduced to only the necessary contours. All the emphasis falls on Landy’s face, distinctive in its strongly modeled features and penetrating blue eyes. Here, in contrast to his Girl in Shako, Kuhn looks beneath the mask of performance to reveal the individual. “Interesting fellow,” Kuhn said of his model, “… had ideas besides being an acrobat.”2