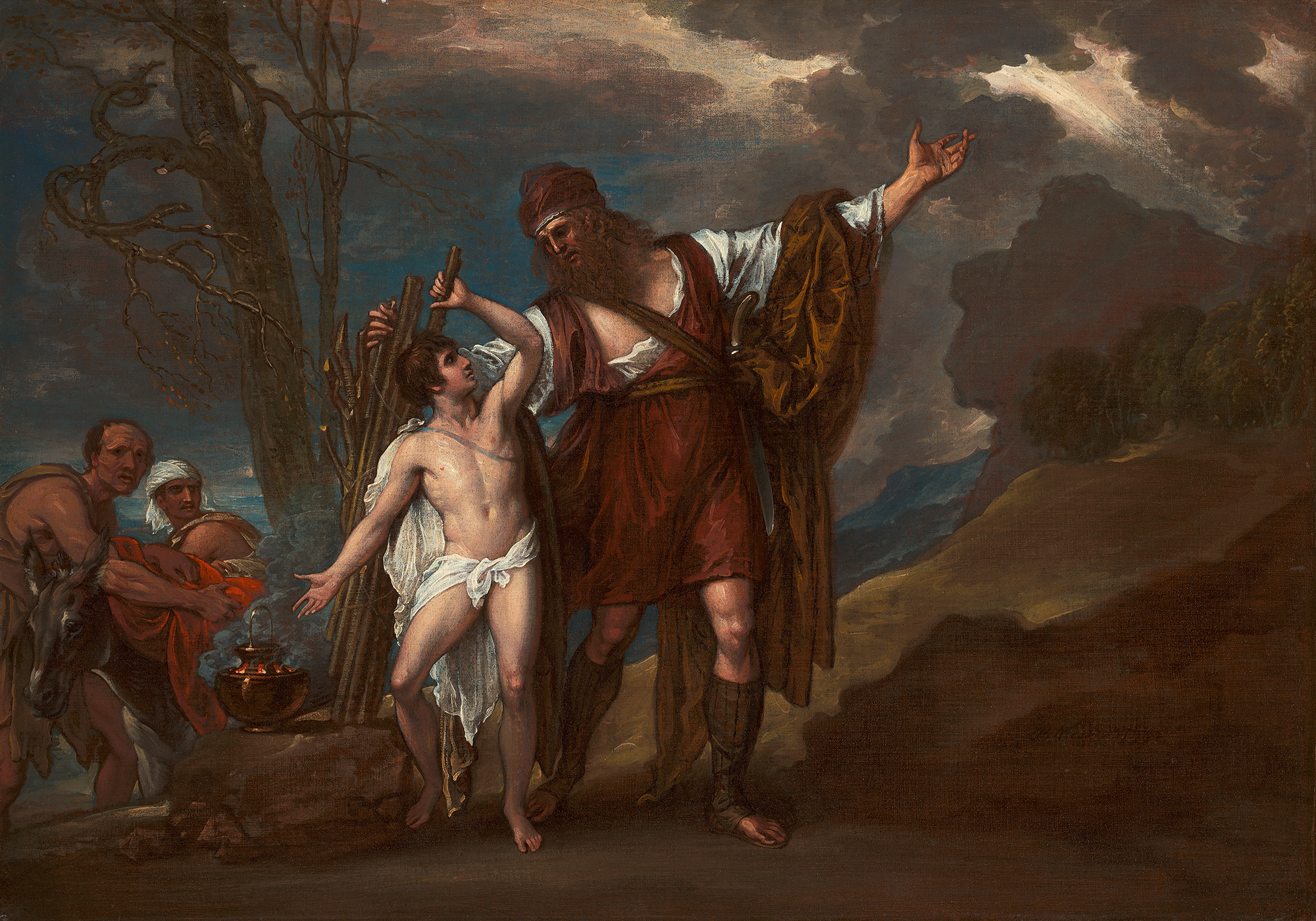 Benjamin West, who was born in Springfield, Pennsylvania, left the colonies in 1760 for three years of study in Europe. In 1763 he arrived in London where he lived the rest of his life, embarked upon a career in which he distinguished himself as a founding member of the Royal Academy, mentored numerous fellow Americans artists, including John Singleton Copley, and was appointed to the post of Historical Painter to King George III. It is likely that this painting was commissioned by William Beckford for Fonthill Abbey, a neo-Gothic structure designed in 1796 and finished in 1807. Beckford’s financial reverses in 1823 resulted in the auction of the Fonthill art collection which included this painting by West.

West’s canvas depicting Abraham and Isaac Proceeding to Mt. Moriah exemplifies the heroic subject matter that commanded the highest regard in the traditions of Western art from the Renaissance into the 19th century. The polish of its execution and its distinguished provenance also testify to the extraordinary status achieved by an American colonial painter who started his career, like most other provincial artists of the 18th century, as an itinerant portrait painter.

The Biblical story of the sacrifice of Isaac especially appealed to painters and patrons because of its potential for high drama and West, with consummate skill, made the most of this promise. The freshness of the narrative moment immediately claims the viewer’s attention. West chose to depict the prelude of doubt, anxiety, generational conflict, and threatening omens rather than the more commonly rendered climactic moment when an angel of the Lord intervenes to stay the hand of Abraham from slaying his son in sacrifice. Although both father and son are rendered as classically idealized figures, Isaac rather than Abraham, in what is again a reversal of expectation, takes center stage. The brightest light in the scene, aimed rather like a theatrical spotlight, falls upon a frontal view of the beautifully proportioned, athletic, and nearly nude body of the youthful Isaac. The latter’s appearance instantly evokes association with a Renaissance conception of the Greek god Apollo. Around West’s hero Isaac, all of creation is seen to broil up in menacing threats of death: in the left corner thick gray smoke arises from the coal carrier tended by the servants; the trunk of a leafless tree looms behind Isaac extending twisted limbs that look like reptile claws into space; the heavens evince torment as the sky turns from a bright blue-gray to of dark gray clouds and flashes of white light in the upper right; likewise the horizon of the distant sea in the background goes from horizontal calm to waves crashing against a monstrous rock face; and finally there is the grand rhetorical gesture of the mighty patriarch who lifts his hand toward a destiny whose horror is forecast by the detail of a huge knife held in Abraham’s belt.